A group seeking bond market solutions to help raise finance for projects that address climate change, the Climate Bonds Initiative, is advocating the creation of renewable energy covered bonds and has called for existing covered bond legislation to be amended to encompass renewable energy assets. 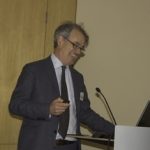 “Covered bonds have proven to be a reliable source of term dated funds for banks to on-lend in specific sectors targeted by policy makers,” said Damerow. “Covered bonds are highly regulated and enjoy superior ratings and lower funding costs.

“Banks would benefit from issuing ‘Renewable Energy Covered Bonds’ as it would give them access to a wider pool of term dated funds with which they could increase their lending activities.”

The authors said that covered bonds would be an appropriate vehicle to boost such financing because they will enable banks to raise cheaper financing with an instrument that investors could participate in without having to change portfolio guidelines given their high level of security. However, they see covered bonds as a stepping-stone to increasing direct investment in renewable energy projects on the part of investors who will over time be more familiar with and comfortable with their experience of the types of assets they have looked at in cover pools.

The authors said that the experience of adapting German Pfandbrief legislation to accommodate aircraft finance could be done similarly for renewable energy assets.

“The principles applied in developing legislation for new asset classes, including reporting and performance criteria, demonstrate the flexibility of the Pfandbrief structure, which could be further adapted to facilitate renewable energy financing,” said the report.

While some publicly guaranteed projects could already be eligible for cover pools, the authors advocate institutions such as the European Investment Bank backing feed-in tariffs rather than guaranteeing projects directly. They say that this could be a short term move to kick-start issuance of covered bonds backed by renewable energy assets, with changes to legislation supporting it in the longer term.