Interest in the energy transition purpose of a €1.25bn 10 year debut green covered bond helped France’s BPCE achieve the biggest book on a euro benchmark covered bond since 2013 on Tuesday, according to an official at the issuer, allowing it to achieve “more normalised” pricing amid the crisis-hit market backdrop.

The deal attracted some €6.4bn of orders, the most on a euro benchmark covered bond since a €1bn seven year deal for Italy’s UniCredit in January 2013. The last green covered bond before BPCE’s was a €1bn 10 year from Société Générale SFH on 29 January, and the last ESG-focused covered bond a €1bn five year from Caffil on 7 May that was the first with use of proceeds linked to the Covid-19 crisis and which attracted over €4.5bn demand.

BPCE SFH approached the market with its 10 year green issue on Tuesday (19 May) after having on 24 March sold a conventional €1bn five year covered bond at 40bp over mid-swaps in a deal that was one of the first Eurozone covered bond benchmarks since the Covid-19 pandemic had two weeks earlier caused historic volatility in financial markets.

“The several announcements made by central banks were positively appreciated by the markets and the investors around the world,” Jean-Guillaume Collignon, financial engineering, BPCE, told Sustainabonds, “and on the top of that, we were confident in the strengths and fundamentals of our group, especially in this context, giving investors comfort on our name. And we decided to issue on the longer maturity because we anticipated that the demand would be there.

“We view covered bonds as one of the most resilient components of the market,” he added, “and issuing in this format is also very natural in relation to our mortgage activity, but we have also been able to execute senior unsecured trades since the beginning of the crisis, as you know.”

The deal was also the longest dated euro benchmark covered bond since a €1.25bn 10 year for Commerzbank on 3 March. BPCE’s reopening of the 10 year maturity came after compatriot CRH sold the first euro benchmark of seven years or longer on 23 April, a €1.25bn issue, with only one other trade has hit the market beyond five years since then, a €500m seven year for Austria’s Hypo Noe on 12 May.

“The improvements in market conditions gave us the confidence to tap the market in the longer maturity of 10 years,” said Collignon, “which corresponds with the average remaining life of the assets pledged to BPCE SFH.”

Leads Barclays, CaixaBank, Credit Suisse, Goldman Sachs, ING, Natixis and UniCredit were able to tighten pricing from initial price thoughts of the mid-swaps plus 23bp area through guidance of 18bp+/-1bp, will price in range, to 17bp – the tightest spread on a euro benchmark since 6 March and before Covid-19-inspired volatility peaked.

“We had an order book several times bigger than the issue size,” said Collignon (pictured), “so it was an opportunity to price the deal at a more normalised level, if I can put it like that.” 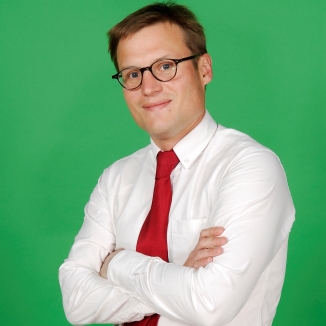 The €6.4bn order book, including some 180 accounts, is the biggest on a euro benchmark covered bond in over six years, exceeding BPCE’s expectations.

“This positive outcome represents a clear success for the Groupe BPCE and all its companies,” said Collignon.

“It’s also clear that the energy transition purpose of this issue massively supported the demand for our bond,” he added. “We had huge orders from green investors, equivalent to around 30% of the total.”

Syndicate bankers at and away from the leads said key to the deal’s success was the overall lack of benchmark covered bond supply in euros, with the improving market sentiment supporting demand.

“The green element helped, the maturity helped, as well as the positive yield, the name and spread levels,” said a syndicate banker at one of the leads. “All the stars aligned to allow us to do a very highly successful deal for the issuer.”

The covered bond is the BPCE group’s third green bond, following an inaugural €300m deal in December 2015 and a €500m debut benchmark in November 2019. The green covered bond was launched after BPCE at the start of this month finalised its methodology for green buildings.

“We develop our framework with new eligible categories and green buildings are perfectly suitable for a covered bond, because BPCE SFH assets are mainly residential mortgage loans,” said Collignon.

“The success of yesterday’s issue is encouraging for future issuance, fitting perfectly with our commitment to climate protection,” he added.

The proceeds of the green covered bonds are earmarked for the refinancing of residential mortgage loans on energy efficient properties, with some €6bn of loans eligible as green assets. As with most green covered bonds, the buildings must be among the 15% most carbon efficient in their jurisdiction, with BPCE using the year of construction as a proxy for this: France’s Reglementation Thermique 2012 means that all new buildings since 2013 achieve a level of A or B in the French energy performance certificate (EPC) scheme. Collignon said this methodology was designed internally with the support of the Natixis green and sustainable hub.

“But we would like to adapt this approach,” he added, “taking into account new regulation designed by the French government and also the forthcoming EU sustainable taxonomy.”

Under its 2018/2020 strategic plan, BPCE’s intention is to issue two green or social bonds per year under its sustainable development bond programme. Its social bonds are split into human development – targeting areas such as healthcare, education and social housing – and local economic development – such as employment conservation and creation in economically or socially underprivileged areas, and affordable basic infrastructure.

“We are fully committed, as I said, to promoting positive impact on social and environmental aspects, and supporting our territories,” he said.

“We therefore built our framework with these two elements in mind, social bonds and green bonds, and we wish to develop this framework with new eligible categories in order to broaden the scope of our sustainable issuances.”

In June 2019, PKO Bank Hipoteczny issued the first green covered bond from central and eastern Europe, and has since followed up with a second deal as well as the launch of an energy efficient residential mortgage offer. Five years on from its creation, CEO Paulina Strugała tells Sustainabonds about the latest developments related to its green covered bond activity.