Hypo Tirol launched the first Austrian euro benchmark covered bond in social format last week, a €500m 10 year deal that the bank’s head of treasury deemed its “best ever”, as it achieved its biggest book and tightest spread while supporting affordable housing in the region. Green bonds are next on its agenda.

The only previous Austrian social covered bond issuance was a €300m four year for Kommunalkredit Austria in 2017.

Hypo Tirol Bank announced its issuance plans on Tuesday of last week (2 March). Among the segments of affordable housing encompassed by its framework are: non-profit housing; housing subsidies and refurbishing with social and family-policy-related objectives; and providing local communities with affordable and high-quality housing. The bank maps these to SDGs 10: Reduced Inequalities and 11: Sustainable Cities & Communities.

The social asset portfolio amounts to €602m and is part of Hypo Tirol’s mortgage cover pool.

“We live in the mountains and the space where you can build homes is very limited,” he told Sustainabonds. “And real estate prices have grown a lot in recent years and are still at a high level. It’s almost impossible for a family with a normal income and no financial background, for example, to afford a house or a flat in our region. 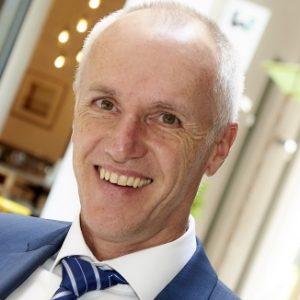 “The affordable housing programme is very important in this respect, so these families can afford to rent a flat, with rents on average 30% cheaper than in the open market,” added Blenke (pictured). “Our intention with this social bond framework was to focus on this, because we have a special unit that finances the non-profit housing organisations who provide the housing to a high standard.”

Second party opinion provider ISS ESG affirmed that the use of proceeds make a significant contribution to the SDGs and that the overall sustainability quality of the social asset pool in terms of sustainability benefits, risk avoidance and minimisation is good.

After two days of marketing, leads ABN AMRO, DekaBank, Erste, LBBW and UniCredit on Thursday of last week (4 March) priced the €500m no-grow 10 year mortgage Pfandbrief at 4bp over mid-swaps following initial guidance of the 9bp area and revised guidance of 5bp+/-1bp. Demand peaked above €1.3bn and the final book good at re-offer was above €1.25bn.

“It is the best deal that Hypo Tirol has issued in its history,” said Susanne Endl, head of treasury at Hypo Tirol. “There are many points that make it the best. Firstly, it supports the needs of the region’s population.

“And then it was the best deal in terms of the scale of demand, the breadth of distribution, and the final spread.”

Market conditions had proven constructive in the run-up to the new issue and Endl said investors were further attracted by the positive yield on offer, 0.045%.

Blenke said another key factor in the size and breadth of demand was the amount of investors the issuer had met – physically and online – in the past two years to get lines available.

“Because we are a small issuer and not so visible as frequent issuers, we invested a lot of time in meeting investors to convince them to bear Hypo Tirol in mind,” he said.

Joop Hessels, head of green, social and sustainability bonds at joint lead ABN AMRO, said the outcome is a clear testament that social bonds fit increasingly well into the ESG mandates of investors.

Some syndicate bankers suggested the initial 9bp guidance had been unnecessarily generous. Endl (pictured) said the level was on the conservative side, but that it was the correct starting point. 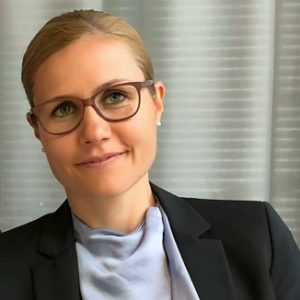 “The previous deals were very challenging, so we were quite cautious before going into the market with this one,” she said. “It was the right decision to start with 9bp and not to be too tight.

“We then watched the book grow further and further, and at its peak there were 76 investors in the book and it was approaching €1.5bn,” she added. “Our goal was 4bp, so after discussions with our lead managers the next step was 5bp plus or minus 1bp, and at the end of the day it worked out well as we were able to close the books with a price of 4bp over mid-swaps.”

While the issuer has previously faced difficult market circumstances, on this occasion it was the last issuer to tap the market before conditions softened this week.

“You always have to have a little bit of luck in the timing,” said Blenke, “and this time we were lucky.”

The issuer is now planning to work on a green bond framework as the second part of its sustainability focus, according to Blenke, which could reference retail properties and commercial buildings.

“We will begin this in the coming months, but it will take some time,” he said. “The main work is finding out what assets will fit into the green bond framework.”

The final EU Taxonomy delegated act looks set to prove accommodating to green covered bonds, with a new leaked version aligning with current market practice of the top 15% most energy efficient buildings, as originally recommended by the TEG, and other criteria also relaxed.

Crédit Agricole Italia sold the first Italian green covered bond on Monday, a €500m 12 year deal that achieved the tightest pricing of any Italian covered bond, and its head of financial management said the debut delivered on the French group’s ESG strategy and commitment to investors.