QBE put gender equality centre stage when it sold the first capital instrument from a financial institution to be in social bond format on 9 November. Here, QBE group treasurer Paul Byrne discusses the inspiration for the landmark and its execution.

For a time on Thursday, the 9th of November 2017, gender equality was the talk of the bond market.

That was the day we launched the world’s first Gender Equality Additional Tier 1 (AT1) bond transaction as we set out to raise US$400m of this deeply subordinated form of capital.

The background to the creation of this bond goes back a number of months. At QBE gender equality is something we take very seriously, having signed up to the United Nations Environment Programme Finance Initiative (UNEP FI) Principles for Sustainable Insurance (PSI) and more recently the UN Women’s Empowerment Principles. We are embedding diversity and inclusion within our corporate DNA and committing ourselves to targets for women in leadership roles.

Earlier this year, in April, we became the first insurance company to issue a Green Bond and as part of that transaction we received feedback from investors that the supply of social bonds was not meeting their demand.

At that point we had the spark of an idea to see if we could marry together the promotion of gender equality and also meeting investor demands for more social bonds.

At that time we committed ourselves to developing a Gender Equality Bond Framework, which we did over the course of the southern hemisphere fall and winter. To achieve this we worked very closely with Sustainalytics to develop the Framework (ultimately Sustainalytics became our Second Party Opinion provider for the transaction). We both wanted the framework to comply with the Social Bond Principles (SBP), one of the key criteria within those principles relating to “use of proceeds”, essentially how we planned to invest the cash that we would raise. To define this, we needed to establish an appropriate set of eligibility criteria.

The investible universe of assets now defined, we again worked with Sustainalytics on ensuring that the SBP were met and to procure the extremely important Second Party Opinion. It’s worth mentioning that we have also retained Sustainalytics to provide ongoing annual external assurance in relation to our compliance with the Framework.

Raising AT1, and an eyebrow or two

Now came the difficult decision, would we attach our newly developed Gender Equality Bond Framework to a deeply subordinated capital instrument, or wait and attach it to a more traditional senior issuance at some point in the future? Given the importance of the message we were seeking to highlight, we took the decision to attach it to our impending AT1 transaction.

As most of you will be aware, credit analysts and debt investors tend to be a cautious group at the best of times, so announcing an AT1 transaction that was also the world’s first capital social bond was always going to raise an eyebrow or two. 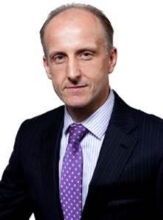 So on the Sunday before launch I embarked on a three day deal-specific roadshow, starting in Singapore on the Monday, moving to Hong Kong on the Tuesday, catching the red-eye to London for the Wednesday morning, and then US east coast calls after the close of the London day.

In total I met with or spoke to north of 100 analysts and portfolio managers over the three days, and to say that the feedback was resoundingly positive would be an understatement. People immediately got the message and commended us for what we were trying to achieve, and in many cases this also resonated with their own internal corporate principles and in some cases ESG mandates.

That said, the proof of the pudding is always in the eating, and immediately post the conclusion of our US east coast calls and prior to the Hong Kong market opening on the Thursday morning we announced a US$400m Gender Equality Bond Framework AT1 transaction.

To say the support we got from our investor base was fantastic would be a disservice to our investors; their support for the transaction was overwhelming. Within the 12 hour window of the bookbuild we received orders in excess of US$9.5bn for the US$400m (no-grow) transaction — our book was covered a staggering 24 times. Much as I would like to think that this reflects the job I did on the road and the demand for our credit combined with the market’s search for yield, it cannot only be these factors, as they would normally get us to 8-12 times covered — the balance, I believe, is the market showing its resounding support for gender equality.

For a time on Thursday, the 9th of November 2017, gender equality was the talk of the bond market, and I am proud to say I was a small part of that conversation.

To the extent that anybody would like to understand more about establishing such a framework, please do not hesitate — we are happy to share our learnings and experience.

BNP Paribas “pushed all the right buttons” with the first green senior non-preferred bond on Tuesday, a EUR500m six year deal that attracted some EUR1.1bn of orders, offering an in-demand maturity and ultimately pricing with what was deemed to be an impressively small premium.

The EU High-Level Expert Group (HLEG) on sustainable finance delivered a “manifesto for far-reaching change” in the form of its final recommendations to the European Commission today (Wednesday), with a call for an official EU Green Bond Standard to be introduced this year.

Finland’s OP Financial Group achieved a strong outcome for its debut green bond on Tuesday, a EUR500m five year senior preferred deal that attracted over EUR2.1bn of demand and paid no new issue premium, with its green nature seen boosting an offering that already had several factors working in its favour.