Investors active in green bonds stressed the importance of accountability and impact reporting offered by bonds aligned with the Green and Social Bond Principles, but showed flexibility in their investment strategies, in responses to a survey that evinced a mainstreaming of the product.

Led by BNP Paribas, the EBRD and Zurich Insurance, supported by the International Capital Market Association (ICMA), on behalf of the GBP/SBP executive committee as part of the GBP/SBP Research Initiative in the first half of the year, the survey took in 51 firms, all of them Green Bond Principles (GBP) members or observers.

“We’ve occasionally heard sceptical comments about green bonds apparently based on anecdotal evidence,” said Peter Munro, director, market practice and regulatory policy, ICMA, which runs the GBP and SBP (pictured above). “But if you look at the survey, the buy-side are very much using and value this product, and I don’t think there would be such broadly based investment if it were not valuable to them.

“When you’ve got over 50 firms responding, including many leading names, it underlines the credibility of the product.”

An average of half of respondents’ assets under management (ranging from 3% to 100%) are subject to ESG/SRI filters or ESG integration strategies, while for some green/social/sustainability bonds fall under impact or thematic investing strategies.

“The level of commitment to green bonds across the sample seemed very strong, but the extent to which institutions apply ESG across their assets was quite variable,” said Munro. “Green bonds might therefore be a leading indicator and early preference for investors entering ESG.”

“It is quite beautiful to see that the broad base of investors appears rather ‘colour-blind’ on the impact side,” said Johanna Köb, head of responsible investment at Zurich Insurance, “with both the social and the green sides mattering.”

The survey found that 74% of respondents will consider buying bonds aligned with the principles even if issuer ESG scores are below average. Nonetheless, there were comments emphasising that ESG evaluation and the principles are complementary.

“The survey evidences the value attached to adherence by issuers to the Principles and the transparent earmarking of use of proceeds for projects providing environmental and social benefits,” said the survey.

Although a clear majority exclude bonds with links to nuclear energy and fossil fuel projects, 30% will consider nuclear-linked issues and 33% fossil fuel – subject to case-by-case due diligence. And 68% will not invest in a bond from “pure-plays”, such as windfarms, if it is not aligned with the principles – with a lack of transparency on use of proceeds and the importance of impact reporting cited by certain respondents – but 32% said they would.

Köb (pictured below) said that the share of respondents willing to take a pragmatic approach and operate on a case-by-case basis is welcome. 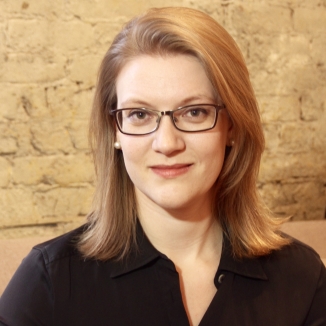 “I found it comforting that many fellow investors seem to have that openness to engage in a dialogue with issuers and do the due diligence to be able to look at a more nuanced story and see the bigger picture,” she told Sustainabonds.

“Waiting for companies to become perfectly green before considering buying them doesn’t make a lot of sense – in green bonds a lot of the projects are tackling climate change and we don’t have the luxury of waiting. We need to foster that transition.”

The useful role played by reporting templates of the GBP and SBP was highlighted by 85% and 80% of respondents, respectively. 70% require impact reporting – with responses indicating this number is set to grow – and 57% say they are receiving insufficient information from issuers. Among respondents, 43% were satisfied with information from issuers. However, some say the current level is just a starting point, with harmonisation of metrics and comparisons to baseline scenarios cited as important.

63% deemed that external reviews of green bonds and/or frameworks are not mandatory, though nonetheless helpful.

“Suggestions for improvements [of external reviews] included improved transparency and comparability, clarity on independence, and differentiation on green performance and use of impact indicators,” said the survey. “Prior awareness of such concerns influenced the GBP/SBP ExCom’s decision to publish the new guidelines for external reviews, to which many reviewers contributed, as well as a new template for disclosure of external reviewer service profiles.”

Some 64% of respondents said they are yet to see convincing evidence that green, social and/or sustainability bonds carry any financial value added, although 36% said they had done so and others said that supporting evidence is coming through.

“It is interesting that a substantial minority already see evidence of the financial differentiation,” said Munro. “For those who do not, maybe they regard it as a free option which could deliver financial value and also mitigate risks further down the line. For example, one of our members said that, in a way, a green bond is a signal of management quality, while the principles draw attention to the coherence between a bond and strategic questions as well as green and social risk factors. It’s a way of obtaining better disclosure than an investor might otherwise secure.

“Overall there seems to be strong attention to the disclosure and accountability the investor obtains, and that’s proving attractive for the buy-side.”

Assets, incentives and clarity cited as key to sustainable growth

Asset growth, EU sustainable finance initiatives and pricing benefits could all help green bond supply rise to meet the growing demands of investors, according to speakers at an LBBW conference on 1 March, where a broadening of issuance, particularly into social bonds, was called for.

Green Loan Principles that will provide the first sustainability framework for the syndicated loan market were launched on Wednesday by the LMA and the APLMA, complementing the Green Bond Principles to support a market that could boost climate-related funding.