A first offshore public benchmark Climate Bond for Westpac on 16 November allowed the issuer to access the more mature European SRI investor base, according to a funding official at the Australian bank, after it emphasised its sustainability track record on a roadshow for the EUR500m seven year green bond.

The transaction was Westpac Banking Corporation’s third Climate bond, but its first issued in public markets internationally in euros, after a previous private placement in US dollar early in 2017. The Australian bank inaugurated its Climate Bond programme in May 2016 with a A$500m deal in its domestic market.

Richard Salmon, director, global funding, Westpac (pictured), told Sustainabonds that one of the key advantages to issuing in euros is that it enables the bank to diversify its investor base.

“Given Europe has a more advanced and mature SRI investor base, it allowed us to reach those investors that may otherwise not have previously invested in Westpac,” he said. “We saw that around 70% of investors had either a specific green bond mandate or were interested because of the ESG credentials of Westpac or because it met their SRI requirements.

“Euros also provide good relative value pricing in that part of the curve.”

Salmon said that although Westpac was already a regular issuer in euros, a European roadshow that preceded the Climate Bond allowed the issuer to discuss with SRI investors the bank’s sustainability credentials.

“The key message from our perspective was that sustainability is part of doing business at Westpac and not something we have come to recently,” he said.

“While we have a very strong framework around our Climate Bond programme including excellent assets in our pool as well as impact reporting, the message we were getting from investors was that they look at the issuer as a whole, and invest based on both the underlying green bond as well as the banks’ broader sustainability credentials.

“So having a strong sustainability track record, being named DJSI’s globally most sustainable bank again, and framework around the Climate Bonds meant we were able to meet investors’ investment criteria. The key focus from investors around the bond in particular was in terms of impact reporting, and the additionality of the assets in the pool to driving towards a zero carbon economy.”

Westpac has committed to use the proceeds of the bond to fund a pool of assets including renewable energy projects, low carbon commercial property and rail transport. 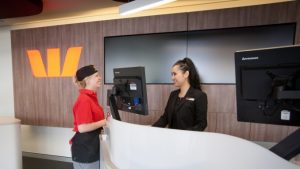 Leads BNP Paribas, BofA Merrill Lynch, Crédit Agricole and Westpac priced the EUR500m deal on 16 November at 27bp over mid-swaps, down from initial price thoughts of 35bp area and guidance of 30bp area, with a final order book over EUR1.25bn.

“The final outcome was great both for Westpac as the issuer and for the investors, as we priced in line with expectations and we have seen the bonds perform well in the secondary market,” said Salmon. “Investors were very engaged throughout the roadshow and we had a very strong showing from investors we had spoken to and seen.

“Demand from both the number of investors and ticket sizes of those investors exceeded our expectations, which was a very pleasing result.”

A syndicate banker at one of the leads put the new issue premium at just 2bp, which he deemed a good result given a weak market backdrop.

“We were very cognisant of the fact that investors were wary of any attempt to extract a premium or tighter pricing from our perspective because this was a green bond, and this was certainly not an expectation from our side,” said Salmon, “as we know that the bonds are issued off the same credit rating and programme as our vanilla bonds. As such, the pricing was very much in line with our senior curve and sat nicely in line with our recent 5.5 year and 10 year euro issuance from earlier this year.”

Salmon noted that the green bond market had developed since Westpac issued its last Climate Bond.

“The market has certainly evolved in terms of volume since our last trade, with already over US$100bn being issued globally in green bonds for 2017,” he said, “but what we have also seen is a far bigger emphasis on SRI screening of investments from existing funds, and also the emergence of more niche green bond specific funds both from existing and new investment managers.”

Crédit Agricole Italia sold the first Italian green covered bond on Monday, a €500m 12 year deal that achieved the tightest pricing of any Italian covered bond, and its head of financial management said the debut delivered on the French group’s ESG strategy and commitment to investors.

The European Covered Bond Council is working on a definition of green covered bonds aimed at reflecting the distinct characteristics of the instrument to ensure its appropriate treatment in incoming regulations, and following a Green Bond Principles update deemed contradictory to its core feature by some.

PKO Bank Hipoteczny is in the early stages of preparing a green covered bond framework from which it could issue the first green covered bonds from the CEE region, with potential for issuance in euros or Polish zlotys, to finance energy efficient residential properties.