2018 is proving a banner year for green bonds in Hong Kong, with the launch of certification and subsidy initiatives, and a planned green bond programme by the government. Ahead of co-hosting with ICMA the 2018 G&SBP AGM and conference, Enoch Fung, Head of the Market Development Division of the HKMA, spoke to Sustainabonds about Hong Kong’s green bond hopes.

Neil Day, Sustainabonds: Why are green bonds something that the Hong Kong Monetary Authority is focusing on?

Enoch Fung, Hong Kong Monetary Authority (pictured): First of all, the development of the overall bond market has been at the very core of our agenda. At the HKMA we are very much a de facto central bank and also the bank regulator here, but we also have a very clear mandate to develop Hong Kong as an international financial centre. And we believe that fostering the development of capital markets is important for Hong Kong’s longer term growth. One of the key elements in that is developing the bond market in Hong Kong, and in fact if you look at the scale of our bond market, it is actually quite sizeable — we are the third largest by issuance last year in Asia ex-Japan markets after China and Korea. This gives us a very strong platform for the promotion and development of the green bond platform, which we see as a subset of the overall bond market development. 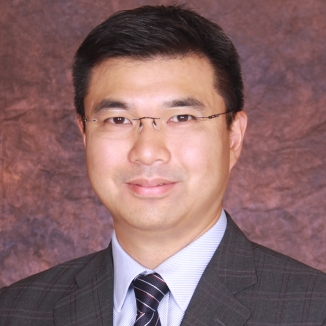 As you are very aware, the green bond market has grown rapidly on a global basis in the last few years, and particularly in Mainland China, where there has been a very strong pick-up in terms of issuance. At the same time, we are seeing a quite rapid development in investment demand coming from longer term institutional investors who are increasingly aware when it comes to sustainable finance. So there has been quite a bit of development in the green bond space, in the context of very steady growth in the traditional bond market in Asia. Corporates are coming into the bond market, tapping the liquidity available, and that has helped diversify their longer term funding.

Hong Kong has for many decades been a gateway for Chinese investments and also corporates’ overseas financing in the equity and bond markets, and the green bond space is a very natural extension of this. As activity in the international arena and the Mainland market continue to pick up, Hong Kong should continue to play the sort of intermediary role that we have been playing in other aspects of the economy.

Day, Sustainabonds: What steps are you taking to promote green bonds?

Fung, HKMA: In early May we rolled out a subsidy scheme for our overall bond market, what we have called the Pilot Bond Grant Scheme. Essentially that is a scheme to subsidise the issuance costs of first time bond issuers in Hong Kong, covering half of the relevant costs they have incurred in Hong Kong up to a cap. That is one of several initiatives we are pushing out into the market to draw issuers to come and use Hong Kong as an issuance platform. Now that’s for overall bonds — conventional, green, Sukuk, etc.

But green bonds are something that we really do take to heart, and while we hope that these will be a part of this overall strong bond development, we also have a couple of specific initiatives to promote them.

In the budget speech in February, the Financial Secretary (Paul Chan, pictured) went a step further, advocating a green bond subsidy scheme, so essentially we subsidise 100% of the certifying costs, up to a cap, incurred by using the HKQAA scheme. The details are still being deliberated, but that is another step to demonstrate our commitment.

And the government also announced in the budget speech that we would be issuing on behalf of the government a green bond. We now have a green bond programme of HK$100bn (EUR10.9bn, US$12.7bn), and it is a programme the government has undertaken to again demonstrate its commitment. The HKMA is mainly an implementation agent for the government for this programme. It has to go through various legislative procedures, but it is something we do hope to put out into the market to showcase our commitment, recognising the growth in the green bond space.

Day, Sustainabonds: What is the motivation for a green bond from the Hong Kong government and how might it stimulate the wider market?

Fung, HKMA: If you look at our fiscal position in Hong Kong, we have been running a fiscal surplus for quite a number of years, so it is very strong. So we never really thought of this as a financing exercise per se. The aim of this particular programme is to provide some demonstration effects for the market. In some respects we are quite fortunate to already see that many of the Hong Kong corporates — such as MTR, Link REIT and Swire Pacific, Mainland corporates and also most recently multilateral development banks (MDBs) have actually issued green bonds in Hong Kong – we’ve seen more than 16 of them. The MDBs like the World Bank, the Asian Development Bank (ADB) and also the European Investment Bank (EIB) have used the Hong Kong platform to issue green bonds. We do hope that this momentum on the issuance side will continue to pick up for green bonds. Some of the Hong Kong corporates actually have green bond programmes and that is also a demonstration of their commitment to the space.

So a big part of the government green bond is really to promote the development of the market and also awareness. It should put us into a good position to discuss green bonds with issuers from a fellow issuer’s perspective, and hopefully that would help facilitate the conversation.

Day, Sustainabonds: To what extent is the Belt & Road initiative something you have in mind when working on your initiatives?

Fung, HKMA: The Belt & Road initiative is a very important one in terms of promoting the connectivity of the countries in the region and particularly in emerging market countries. So far there has been some concrete progress on that. One of the key elements of that connectivity is really the physical infrastructure, and we are seeing project operators and developers, particularly from the Mainland but also international ones, venturing into the market for project financing and investment. In that context about two years ago the HKMA has set up the Infrastructure Financing Facilitation Office (IFFO) to help facilitate those flows and to promote and develop Hong Kong as an infrastructure financing hub in the region. A key element of that is how to promote sustainable financing, or financing infrastructure with sufficient consideration of the environmental standards and impact, and we are seeing quite a lot of development on that front as well.

A lot of the developments that Hong Kong is experiencing are very much in the context of Belt & Road developments, be it Mainland Chinese corporates venturing into overseas markets using Hong Kong as a springboard, or international firms venturing into the Belt & Road region using Hong Kong service providers and a platform in our capital markets. It is all very much tied in with the overall growth strategy of Hong Kong as an international financial centre, and then clearly there is a good green bond element to it as well.

Day, Sustainabonds: What are your hopes for the future in respect of green bonds?

Fung, HKMA: Overall we do hope to see more issuers coming and using the Hong Kong market to issue their bonds, traditional or green, and hopefully that will grow with all the initiatives that I have mentioned. That would be the main thing. And also the fact that we are raising a lot more awareness of Hong Kong as an international financial centre, and also a green financing hub.

That was one of the reasons why we were very delighted and honoured to be hosting with ICMA the Green & Social Bond Principles AGM and Conference in June. It is another step that we are undertaking to demonstrate our commitment to green bonds and to demonstrate the vibrancy of our market. It is the first time the conference is being held in Asia, and they have chosen Hong Kong. And I think one of the prime reasons is that, in line with our discussions with ICMA ahead of the conference, they really recognised the developments, in Mainland China and the wider region, in green bonds.

Rabobank has launched a EUR5bn “ESG Leader” commercial paper and certificates of deposit programme that it can only issue off as long as it is ranked in the top 5% of companies by Sustainalytics, and an official at the Dutch issuer told Sustainabonds that the first sale already offered it a cost saving.

Münchener Hypothekenbank can now issue green commercial paper, after having added the option to its EUR5bn programme, with the short term debt earmarked to refinance green assets that have not yet been included in its cover pool or the parts of loans that are cover pool-ineligible.