Deutsche Kreditbank (DKB) will in future only tap the bond markets in green and social format, after having sold the first deal compliant with the latest draft of the EU Taxonomy and Green Bond Standard, a €500m five year that is also the first senior preferred bank bond issued at a negative yield.

“Any issuance from DKB from now on will be sustainable,” said Uwe Jurkschat, head of funding and investor relations at Deutsche Kreditbank, “whether benchmarks or private placements. That’s an important message and evidence of the sustainability approach of the whole company.”

The bank’s latest initiative has been bringing its green bond framework into line with the latest iterations of the incoming EU Taxonomy and the EU Green Bond Standard that will reference it, with DKB’s issue on Monday the first to be deemed compliant with each. The bank received a second party opinion from ISS ESG affirming such alignment in July 2020 after an update to its framework.

“At the time of our first green bond five years ago we didn’t actually have a distinct green bond framework, although we met all the prevailing standards,” said Anna Stawowy, funding and investor relations, DKB. “But the green bond market has developed further in the past years and we are now quite happy with the EU Green Bond Standard in its current draft, comprising the alignment with the Taxonomy and the need for a green bond framework, impact reporting and verification.”

Elements of the proposed Taxonomy, in the form of a Draft Delegated Act published in November, have proven controversial, with changes to areas such as the treatment of gas and buildings expected before delayed finalisation in the coming months. However, DKB’s eligible assets are restricted to wind and solar projects in Germany.

“When it comes to the Taxonomy, there is no doubt these are dark green, so it was relatively easy to tick that box,” said Stawowy (pictured). 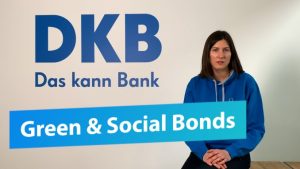 However, she noted that other elements of the Green Bond Standard proved tricky to address.

“It took several months of dialogue with our SPO provider,” said Stawowy, “and providing them with all the necessary information to state positively that we comply with the ‘do no significant harm’ and minimum social safeguards criteria, which are also very crucial parts of the EU Green Bond Standard.

“We only do financing in Germany and the German law is very strict, but while this is on the one hand very helpful, on the other it’s very detailed and very broad, so we had to provide ISS ESG with a lot of information.”

According to Joop Hessels, head of green, social and sustainability bonds at joint lead ABN AMRO, issuers with broader green bond frameworks including a larger number of, sometimes more complicated, asset classes could find becoming GBS-compliant more challenging, even once it and the Taxonomy are finalised, given the burden of disclosure.

Meanwhile, investors who are grappling with the implications of implementing the new EU standards welcomed DKB’s initiative, he noted.

“It’s a learning process for everybody, so this was a nice opportunity to see how it could really work,” said Hessels. “Investors themselves need to go through this kind of analysis and they are also keen to learn what are the challenges for issuers.”

According to Jurkschat, five and seven year maturities were discussed with investors during marketing calls last week, with the issuer targeting the shorter tenor rather than the longer, which would have followed a series of other bank senior preferred seven year deals in offering a positive yield.

“It is important in the new world of TLTROs to show internally that it is possible to refinance yourself with a senior transaction in negative territory,” said Uwe Jurkschat, head of funding and investor relations at DKB. “And from an investor perspective, it is good to know that an issuer has a sufficiently strong credit and good product – our dark green bond – to have the self-confidence to optimise its funding costs by going out with such an instrument.

“Although the vast majority of investors would have preferred a seven year transaction where they would have got more yield, the feedback we received indicated that a five year would be feasible.”

The maturity also allows DKB to replace a five year senior deal maturing in June – its first green bond, launched in 2016 – with another green bond of the same tenor. 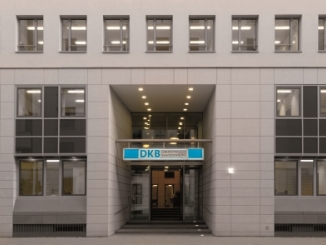 On Monday morning, leads ABN AMRO, BayernLB, Commerzbank, Crédit Agricole CIB and UniCredit went out with initial price thoughts of the mid-swaps plus 55bp area for the €500m no-grow five year senior preferred issue, rated A1. Books were above €1bn after an hour, and after two hours and 10 minutes guidance was revised to 37bp+/-2bp on the back of over €1.6bn of demand, increasing the likelihood of a negative yield. The new issue was ultimately priced at mid-swaps plus 35bp – a negative yield of minus 0.021% – with over €1.2bn of orders good at re-offer, excluding joint lead manager interest.

“We are very satisfied, since this had never been achieved before by a bank, and there was of course uncertainty as to how this would work out,” said Jurkschat. “We were very happy to see how well the bookbuilding process went and crucially with how it developed when we decided to revise the guidance to 37bp+/-2bp – OK, some investors dropped out, especially when we showed the final 35bp level, but some investors who had been waiting for the final guidance also came in.

“This was proof that we were not wrong in our expectations and that investors appreciate our credit and our sustainable product in spite of the negative yield.”

André Bonnal, FIG syndicate at Crédit Agricole CIB, said the green nature of the transaction helped DKB achieve the negative yielding landmark with a degree of comfort, but that conventional transactions could also be printed at a negative yield in today’s market.

“The result highlights that most investors are spread-focused, and the overall lack of supply in the FIG market likely pushes them to some degree to be forced buyers in the current market environment,” he said. “At the end of the day, it paves the way for more issuers to achieve the same milestone, as the taboo is now broken.”

Bonnal nevertheless noted that negative yields remain a big hurdle for many investors, as demonstrated by the €400m drop in the order book, with parts of this directly attributable to the negative yield.

Eighty investors participated in the transaction, with fund managers allocated 42%, banks treasuries 39%, central banks and official institutions 15%, insurance companies 2%, and others 2%. Domestic German accounts took 53%, the Benelux 19%, southern Europe 8%, the Nordics 6%, Asia 4%, France 4%, the UK and Ireland 3%, Austria and Switzerland 2%, and others 1%.

The foreign distribution of 47% and allocation to green accounts of 57% are the highest achieved on each measure by DKB on a benchmark transaction.

“The strong participation of domestic but also foreign investors and green accounts shows a very high appreciation of the efforts we have made in the last years and in recent months,” said Stawowy. “We are thrilled about that and it motivates us to maintain these goals and standards into the future.”

DKB could launch a second benchmark transaction this year, but Jurkschat said this is subject to the development of deposits and TLTRO opportunities. Last year DKB cancelled plans to issue a benchmark after the onset of the Covid-19 pandemic and expanded availability of central bank funding options, but Jurkschat said the issuer was keen to approach the capital market now to maintain “a real funding mix”.

Despite not issuing a benchmark in 2020, the issuer maintained its dialogue with investors and Stawowy said this proved particularly valuable in the latest transaction.

“After publishing our green bond framework, we had the opportunity to hear their opinion on these efforts and how important they are to investors,” she said. “And when we were planning on coming to market with a tenor that could go below a zero yield, it was even more important to hear their views.

“Besides the one-on-one work we are doing, we have added formats such as videos on LinkedIn, and overall this has proven to be a successful marketing strategy that we will continue to pursue.”

The new issue is the bank’s first in senior preferred format, with previous senior unsecured deals having been launched before the introduction of the format in 2018.

Images of Jurkschat and Stawowy are taken from DKB’s social media videos.

LBBW is set to issue its first green Pfandbrief in the coming days in a move partly aimed at attracting sustainable investors into covered bonds with a tapering and end to the ECB’s asset purchases on the horizon following announcements yesterday (Thursday) afternoon from the central bank.