The Rabobank subsidiary launched the first green RMBS in June 2016, a EUR500m deal backed by mortgages against energy efficient properties, and the Dutch issuer followed this up with a second Green STORM transaction last year.

The senior tranche of the latest deal, Green STORM 2018, was increased from a provisional pool of EUR450m to a final size of EUR550m while pricing was tightened from initial price thoughts launched on 16 May of three month Euribor plus the high teens to guidance of 15bp-17bp, and ultimate pricing of 14bp for the five year weighted average life paper. The final order book was well over EUR1bn.

This was inside the 17bp level of Green STORM 2017 and matched the 14bp level of a conventional STORM RMBS from Obvion in January, which had set a post-crisis tight for Dutch RMBS. Rachelle Rijk, head of balance sheet management and funding at Obvion (pictured), suggested that the green nature of the issue had helped achieve this.

“This was a very good spread level when you look at the development of secondary markets and also primary spreads,” she told Sustainabonds. “We’ve seen widening since we priced Storm 2018-I in January and we are very happy that we were able to price this transaction at the same level in spite of that.” 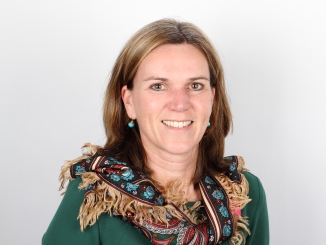 Rijk suggested that the pricing advantage of green issuance could compensate for some of the additional costs of issuing green bonds — something she noted could have contributed to the lack of any other green RMBS issuance: since Obvion’s debut, no other European green RMBS has emerged. Globally, National Australia Bank included a green tranche on a broader RMBS transaction in February. She also said that launching a green RMBS had attracted investors who are less active in the ABS market.

“It was good for the ABS image to add green,” said Rijk. “It’s good to have the additional investor base, and also investors that were out of the market for various reasons — having closed their research during the crisis, for example, or because of regulatory factors, or issues with spread levels.”

Indeed, she deemed the wider, persistent lull in the ABS market as the main factor behind the lack of further green RMBS.

“But Green STORM has been very successful for us,” added Rijk, “and being a socially responsible issuer, it very much fits our corporate strategy. We don’t know at the start whether the first Green STORM would be the first of a series, but we have done one every year for three years now, and are happy to contribute to the development of the wider green bond market as much as we can.”

Thirty-seven banks with a 45% share of European mortgage lending are participating in the pilot scheme of the Energy Efficient Mortgages Initiative, which was launched yesterday (Thursday), under which they will test implementation of a new framework with a view to creating a final product.

Social the icing on the cake as Caffil French first impresses

Caffil sold the first French covered bond in either green or social format on Tuesday, a EUR1bn eight year healthcare deal that drew over EUR2.6bn of orders and marginally outperformed the most recent comparable supply, according to a lead, while Moody’s said the ESG move is credit positive.

De Volksbank issued the first green Tier 2 issue from a European bank on 15 July, a €500m 10.25 non-call 5.25 transaction that was almost four times oversubscribed and priced through fair value, as the issuer aligns its funding with its strategy of being climate-neutral by 2030.