OP Mortgage Bank issued the first Finnish green covered bond yesterday (Thursday), a €750m deal with proceeds earmarked for energy efficient buildings that achieved a peak €1.6bn-plus book and the tightest 10 year spread since May 2019 – “a great outcome,” according to head of funding Tom Alanen.

After a mandate announcement on Wednesday and investors calls, leads Credit Suisse, HSBC, NordLB and OP Corporate bank opened books yesterday morning with initial guidance of the mid-swaps plus 3bp area for the €750m no-grow 10 year green debut. After a little over an hour, books above €1bn were reported, excluding joint lead manager interest, and after around two hours guidance was revised to mid-swaps flat plus or minus 1bp, WPIR, on the back of more than €1.5bn of demand, excluding JLM interest. The spread was then fixed at minus 1bp, with books above €1.6bn, excluding JLM interest and pre-reconciliation, with more than €1.4bn of orders ultimately good at re-offer.

The re-offer spread of minus 1bp is the tightest on a 10 year euro benchmark since May 2019 and the tightest on a €750m or larger 10 year since April 2018, as well as the second tightest spread this year after a level of minus 3bp achieved by Berlin Hyp on a €500m long six year green Pfandbrief on Tuesday.

A syndicate banker at one of the leads noted that Finnish paper trades at the tight end of the asset class, alongside and at times tighter than German Pfandbriefe.

OP’s pricing was also flat to where the leads saw fair value, given some steepness in the issuer’s curve implied by its February 2029s at minus 6bp and November 2030s at minus 3bp.

The new issue was priced to yield 0.074% and a syndicate banker away from the leads said the issuer had targeted the best maturity, with the limited size and green nature of the trade contributing to its success. Alanen (pictured) echoed this. 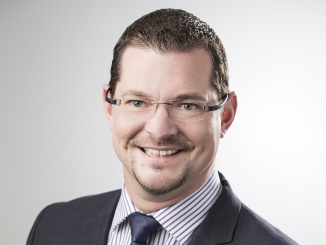 “The interest rate environment is such that 10 years allows us to achieve a positive coupon,” he said, “and that’s why we chose to go to the longer end, where we met healthy demand.

OP Mortgage Bank published its green bond framework in early November 2020 and approached the market this week having in mid-November sold a €1.25bn non-green 10 year. Its new issue comes after it published its annual report on 9 March and subsequently updated its documentation, with a €800m dual-tranche, five and 10 year senior non-preferred issue for OP Corporate Bank on Tuesday preceding the green covered bond debut. These factors, as well as the maturity on Wednesday of a €1bn seven year covered bond issued in 2014, contributed to the timing.

“This week was basically the first week in which we had a window to issue,” said Alanen. “Market conditions looked good and after the Federal Reserve meeting we saw our moment.”

He said the investor meeting supported the success of the deal, and Sanna Eriksson, managing director of OP Mortgage Bank (pictured), said the market had been anticipating its debut green covered bond. 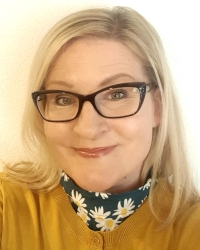 “We’ve been open about this project for a few years,” she said, “and we are pleased to have now been able to issue the first green deal for OP Mortgage Bank.

“We are the market leader in residential mortgages in Finland,” she added, “and we are very happy to be the first into the market with a green covered bond.”

“This extends the OP Financial Group’s overall ESG strategy,” said Alanen. “The previous green bond was from our corporate side, whereas this green covered bond backed by residential mortgages is related to our retail side and fits our green portfolio well.”

OP Mortgage Bank has identified some €2.2bn of green assets eligible for its framework. With the availability of energy performance certificates in Finland restricted, OP has also used statistical modelling to carve out its eligible green portfolio.

“In Finland we are trying to make sure that in the future EPCs will be available to all the banks, so it will be easier to launch a green covered bond in the future,” said Eriksson.

The issuer could meanwhile launch a further euro benchmark later this year, according to Alanen, with its annual covered bond issuance volume typically around €2bn.