SpareBank 1 SMN inaugurated its green bond framework on 4 September with a EUR500m seven year senior preferred issue soon after it received an improved ESG rating from Sustainalytics, with its fisheries-related element welcomed by the Marine Stewardship Council.

Around half of the Norwegian savings bank’s earmarked green loan portfolio is related to sustainable fisheries aquaculture and agriculture, meaning its new issue offered investors a rare opportunity to gain exposure to Sustainable Development Goal (SDG) 14, “life below water”, in a green bond. Trond Barikmo, treasury manager at SpareBank 1 SMN, told Sustainabonds that this appealed to certain investors.

“Some of the investment portfolios are mapping their investments to the SDGs and not only measuring the carbon footprint,” he said, “and we were able to put a new asset class on the table.

“We got some very good green investor traction in our order book, too.”

According to ING, which structured SMN’s framework, green investors were allocated three-quarters of the bond, with 29% going to accounts deemed “dark green”.

Most of the fisheries-related loans are certified by the Marine Stewardship Council (MSC) and it welcomed the new issue.

“We know that the financial sector is lagging behind in the race for sustainability for the oceans,” said Linnéa Engström, programme director MSC Scandinavia and the Baltic Sea region. “Therefore, I am both happy and excited to see the first bond where MSC certification of wild-caught fish is an integrated and embedded part of the bond.”

She said an increasing number of banks are contacting the council for advice, for example on sustainable fishing indicators or data relating to their clients, reflecting a push for the financial industry to more fully incorporate sustainability, in line with the UN agenda and the Code of Conduct for Responsible Fisheries of its Food & Agriculture Organisation.

Alongside the fisheries-related lending, 30% of SMN’s green loan portfolio is against green commercial real estate and 17% is to corporates with a Norwegian Eco-Lighthouse label certifying they follow practices that reduce their environmental impact.

SMN’s work on its green bond framework not only allowed it to successfully debut in the market, but also helped the sustainability agenda gain traction within the savings bank, noted Barikmo.

“This was a push to move the organisation in the right direction,” he said. “We have been working quite a lot on documentation and all ESG factors in the bank, too.”

Ahead of the green bond issue, Sustainalytics improved its ESG rating of SMN from “medium” to “low” risk – the second best level, putting it among the top performers in its peer group. Barikmo (pictured) said greater disclosure of ESG information was key to Sustainalytics’ move. 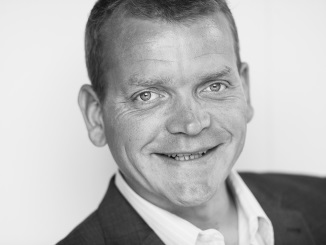 “We have a lot more documents, a lot more information available right now,” he said. “The next step will be looking at how we become more sustainable in our operations and include ESG factors in credit policies, investment policies, etc, and get the push through the whole organisation.”

The Norwegian savings bank published its green bond framework in February, but Barikmo said the bank could then wait for the right opportunity to debut given limited funding needs this year. In the meantime it introduced the framework to investors.

With the market “in good shape” on 4 September, leads BNP Paribas, Commerzbank, Credit Suisse and ING launched the EUR500m (NOK5bn) seven year senior preferred issue, rated A1/A- (Moody’s/Fitch) with initial price thoughts of the 70bp over mid-swaps area, versus fair value of the mid-50s, according to the leads. They revised guidance to 60bp-65bp, and ultimately priced the new issue at 65bp over on the back of more than EUR700m of orders, with the coupon set at 0.125%.

“We were hoping that it would go tighter, but some of the orders were a little price sensitive – there was a lot of supply in other asset classes on the day,” said Barikmo. “But we are happy – coupon-wise, it is the tightest Norwegian senior ever.

“We opted for the seven year instead of a five year, which we have done in the past, just to get a positive yield on it – that’s something we did in discussion with our bookrunners,” he added. “When you go from five to seven, you lose some investors, but you gain others.”

SMN’s strategy is to issue in euro benchmark format every 12 to 18 months and Barikmo noted that to return with a second green bond next year, it would have to either identify more assets under its current eligibility categories or add new asset categories – ahead of its NOK5bn-equivalent debut it had identified a NOK8.4bn green loan portfolio.

ICMA, the IFC and UN Women have launched a guide outlining practical ways to use sustainable debt to advance gender equality, with the bond market yet to realise its potential to meaningfully contribute to SDG 5, according to proponents of the new guide.