Rabobank recently aligned its green bond framework with the latest draft of the proposed EU Green Bond Standard and Sustainabonds spoke to Maarten Biermans, head of sustainable capital markets at the Dutch bank, about the issuer’s support for the initiative, notably the “do no significant harm” principle.

The Dutch bank believes it is the first issuer to have aligned its framework – on a best efforts basis – with the proposals of the European Commission-sponsored technical expert group (TEG) for a voluntary, non-legislative EU Green Bond Standard (EU-GBS), with Rabobank having updated its framework in July after the latest draft was published in June.

“When we were revisiting our green bond framework, we decided to incorporate the EU Green Bond Standard as much as possible, and it made perfect sense because we fully support the underlying ideals,” said Biermans.

Rabobank acknowledges that the EU framework is yet to be finalised, but it chose to align its green bonds with fundamental aspects it expects to remain in the final version produced by the TEG.

“The EU framework is not an official framework yet, nor is the taxonomy, but we are very confident on what will stay,” said Biermans. “After studying the previous draft, we focused on what we believed would remain and indeed, it turned out this was the case because the last revised proposals, from June, contained all those items.

“Given the trajectory of the whole legislative affair, we’re confident these components will be in the final version”.

The introduction of a “do no significant harm” principle is a welcome addition to the standard, he said, because the bank also wants its framework to require it to show how its intended activities do not have any adverse effects on other environmental objectives. This will definitely help curb greenwashing, according to Biermans (pictured). 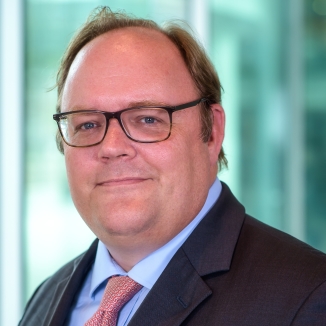 “If issuers want to claim that what they are financing is beneficial to the environment, they must have to account for all possibilities, and account for it in a way that is demonstrable,” he said. “It’s good that people will be required to do more in order to support the claims that are implicitly and explicitly made when a green bond is issued.”

The latest Green Bond Standard draft, published in conjunction with the taxonomy in June, was by many stakeholders deemed a significant improvement on the initial draft of 2018. The standard is comprised of various central components: alignment with the EU taxonomy, including the “do no significant harm” objective; alignment with the environmental objectives of the Commission; acknowledgement of social standards; mandatory reporting on use of proceeds; and mandatory verification by an external reviewer.

Biermans said he supports a more comprehensive approach to reporting for green bonds. Two types of reporting are required under the EU-GBS: allocation reporting, including a statement of alignment with the standard and breakdown of allocated amounts to green projects; and impact reporting, including a breakdown of green project finances, information regarding the projects’ environmental impacts, and the methodology used.

“We have taken on board the movement towards more detailed reporting,” he said. “Now, companies have to actually show what impacts have been achieved.’

“For example, they have to be more explicit about spending, such as how many kWh of CO2-renewable energy has been created because of their green bond, instead of merely saying they’ve invested in renewable energy – they have to provide more context, and we support this development.”

The assets earmarked as use of proceeds in Rabobank’s green bond framework – which was inaugurated in 2016 – is a loan portfolio of wind and solar energy projects, and the bank notes that eligible projects are aligned with the EU environmental objective of climate change mitigation.

Biermans added that he is encouraged by the taxonomy’s inclusion of minimum social standards for all eligible activities. The current proposal is that economic activities must align with the International Labour Organisation (ILO) eight core labour conventions.

“There is a social side to sustainable finance,” he said. “Whilst the overall objective is to be beneficial to the environment, this cannot be at the expense of the social and worker rights at large.”

The first legislation relating to an EU sustainable finance taxonomy will come as early as this spring, according to Commission vice president Valdis Dombrovskis, who said today (Friday) that a green bond label will be part of its action plan and a green supporting factor is still on the cards.