Berlin Hyp and the Climate Bonds Initiative (CBI) co-hosted the webinar, “EU Taxonomy: challenges and opportunities for the property and capital markets”, on 21 January. The discussion came after the end of the consultation on the draft delegated act dealing with key parts of the taxonomy, but was held ahead of the finalisation of the text, which has been delayed due to major political differences, and significant changes to areas such as green building technical standards are still considered possible.

The taxonomy is being introduced alongside EU initiatives such as the Green Deal, Renovation Wave and European Bauhaus, and Benedikt Scholler, senior manager at real estate consultants Drees & Sommer, welcomed the unprecedented positive momentum towards a greener future – boosted in the US by new president Joe Biden’s embrace of the Paris Agreement.

“By 2030 – just 10 years from now – we want to reduce carbon emissions in Europe by 55%, so we have a lot of work to do, and the taxonomy is an important step towards achieving this,” he said. “When I look through the criteria, there is nothing particularly challenging there – the technology exists and we can do this.

“So let’s get together and surf the green wave.”

Barkha Mehmedagic, head of asset financing and group treasury at Commerz Real, said that although her company is performing well vis-à-vis environmental standards at a portfolio level, there is work to be done in respect of some individual assets.

“It’s our duty and responsibility to improve the sustainability of our existing stock,” she said. “We have already started transforming our existing portfolio.

“Last year we looked into each of our buildings and assessed where we stand in terms of carbon emissions per square metre, and what the next steps should then be.”

However, while all speakers welcomed the green push, it was noted that the draft EU Taxonomy puts two key hurdles in the way of green bonds helping support investment in taxonomy-compliant initiatives.

The first is sourcing data required for various of the technical screening criteria. As well as being required to demonstrate energy efficiency compliance, data must be provided to ensure buildings to not breach “do no significant harm” (DNSH) standards.

Bodo Winkler-Viti, head of funding and investor relations at Berlin Hyp, cited as an example of these prescriptive DNSH requirements the need for data on the flow rate of individual taps.

“I’m not aware of any data source where I could learn about the appliances that are used in buildings financed by Berlin Hyp,” he said. “What you are required to prove when financing a green building should be realistic, and maybe an individual water tap does not belong to that.

“I would really encourage the decision-makers on the EU taxonomy to make it feasible for financiers of this green wave to have access to data,” added Winkler-Viti. “We need a standardised and publicly accessible register of relevant data on the building sector, not only for single countries in the EU, but across whole Union as many market actors like ourselves are not only restricted to one single country but acting across borders.”

A second problem with the draft taxonomy is that its criteria for the energy efficiency of buildings are based on energy performance certificates (EPCs). While these are widely used for residential properties – where the draft has proposed a controversial requirement for A labels – EPCs are not applicable to commercial real estate in many European countries, including Germany, where green bond issuers have previously made reference to standards such as LEED and BREEAM to demonstrate they meet high environmental standards.

Farnam Bidgoli, head of sustainable bonds and ESG solutions, EMEA, at HSBC, said this risks a significant part of the market being left behind.

“Issuers have largely been focusing on the green building certification standards that have become the commonly accepted terminology in the market,” she said, “and those are excluded by the current iteration of the taxonomy.”

Like many other stakeholders, she supports the maintenance of a standard that has so far been used across many green bond frameworks and for Climate Bonds Initiative certification, that eligible properties be among the 15% most energy efficient in a country. But Eva L’Homme, analyst and green buildings expert at Mirova, questioned whether this is sufficiently ambitious.

“Most of the green bond market is made up of the green building category, and mainly targeting new buildings, because those that comply with the latest construction standards will comply with the taxonomy and it is the easiest way to get reliable data,” she said. “But we as responsible investors are looking for additional value in terms of environmental impact.

Berlin Hyp in August 2020 launched a “Transformationskredit” (transformation loan) targeting such building renovation, which under the taxonomy must improve a building’s energy efficiency by at least 30%. However, Winkler-Viti noted that the wording of the draft problematically suggests that only loans directly financing the energy efficiency improvements would be eligible and not the overall loan financing the property.

L’Homme at Mirova also called for a more holistic approach to the sustainability of buildings, encompassing, for example, social factors, while Drees & Sommer’s Scholler said that the carbon emissions of a building over its lifecycle should be given more prominence. He further noted that although such lifecycle assessments can already be conducted, common standards should be adopted to avoid a patchwork of standards, as is the case with EPCs, while Winkler-Viti echoed this message in respect of “global warming potential” measurements that feature in the draft taxonomy.

Scholler said Drees & Sommer is already advising clients to align their projects with the taxonomy by improving on the nearly zero energy buildings standards by 20% for newly constructed buildings, otherwise they could end up with stranded assets.

“If they want to put it into a green bond, we can just recommend that it be aligned with the EU Taxonomy,” he said. “That is the first time some of our clients hear about the taxonomy, but we are getting more and more questions about it and we always say, well, it’s a work in progress, but it will happen this year and you should be ready.” 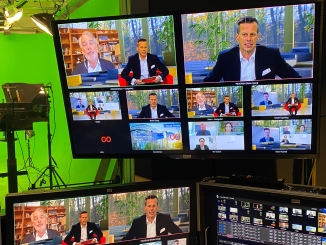 Taxonomy compliance is expected to be required of issuance aiming to meet the planned EU Green Bond Standard, and L’Homme at Mirova said she is sceptical about the prospect of buying green bonds that fall short in this respect.

“A green bond should translate into environmental benefits, and considering the very broad scope of the taxonomy, I find it very difficult to see how it could not be related to this at all,” she said. “We may have a sufficiently large team of ESG analysts that we could assess any claimed environmental benefit, but it may be that because of sustainable finance regulation or being aligned with a label that investing outside the taxonomy could be a problem.”

However, Bidgoli at HSBC said that although the taxonomy and its difficulties could deter issuers from approaching the green bond market, a broader market will persist.

“Although the taxonomy is certainly critical in terms of meeting Europe’s climate objectives, today it is a best practice standard,” she said. “There is a lot of investor appetite in terms of green bonds and issuers can look to continue issuing against some of the other criteria that we’ve seen in the market, like Climate Bonds certification, and still expect to be well received as long as they can demonstrate their long term ambitions.”

Climate Bonds Initiative CEO Sean Kidney meanwhile said that he hopes and believes the Commission will retreat from some of the “foolish” and unintended problems of the draft, and bring it into line with TEG recommendations published last March, such as the 15% criterion.

“It looks good,” he said. “There are many things that the taxonomy needs to work – it is a dynamic tool, it will be updated every year. But the key thing is that it provides a common language across Europe, a language that will be used by investors, by banks, by member states and by corporations.

“No longer will we make up our own stories of what is sustainable, we will reference the broad definition of the taxonomy in our sustainability reporting. These are important changes going forward.”

A playback of the event can be found here.

Berlin Hyp’s leadership in the green bond market was recognised in multiple categories by GlobalCapital in its Sustainable & Responsible Capital Markets Awards 2017 on 5 September, as the German lender took home three honours.

Ahead of 150th birthday celebrations on 8 May marked by a gift of saplings to its home city, Berlin Hyp tightened its pioneering green bond framework and revealed an increasing positive environmental impact from the programme.

The final EU Taxonomy delegated act looks set to prove accommodating to green covered bonds, with a new leaked version aligning with current market practice of the top 15% most energy efficient buildings, as originally recommended by the TEG, and other criteria also relaxed.