An inaugural green bond from Danske Bank on Tuesday allowed it to mitigate concerns over its role in a money-laundering scandal to price the EUR500m no-grow five year non-preferred senior deal at a level well inside where a conventional bond from the Danish issuer would likely have been priced, on the back of EUR3.25bn of demand at re-offer.

Danske announced plans for its debut on 5 March, when it published details of its group green bond framework, which allows for issuance across different formats – from covered bonds to non-preferred senior – across jurisdictions, with Danske Hypothek in Sweden, Danske Mortgage Bank in Finland, and mortgage credit institution Realkredit Danmark able to issue under the same framework as Danske Bank A/S. The issuer specified that its inaugural trade would be a EUR500m no-grow five year senior non-preferred deal and kicked off its roadshow the next day.

Following these investor meetings, lead managers ABN Amro, BNP Paribas, Crédit Agricole, Danske and ING went out with initial price thoughts of the mid-swaps plus 185bp area for Danske Bank A/S’s new non-preferred senior issue, rated Baa2/BBB+/A. Orders topped EUR1.25bn within an hour and guidance was set at the 170bp area with books above EUR2bn in less than two hours. The pricing was ultimately set at 165p over mid-swaps and a lead syndicate banker said that this was flat to Danske’s curve – “undoubtedly a tighter end pricing than would have been achieved from a conventional non-preferred senior benchmark,” he added.

This contrasts with a new issue premium of some 15bp paid by Danske on 22 February for a EUR1.25bn three year non-preferred senior issue re-offered at 155bp over mid-swaps, and although the size of the new issue was more limited and market conditions have improved further, the green nature of the new issue was cited as a key factor in the issuer being able to limit its funding costs – a lead banker estimated the “greenium” was in the high single-digits. The green format was also seen as boosting the audience for the trade, with around 250 investors involved versus 160 in the preceding deal, and strong involvement from green/SRI funds, according to the lead banker.

“We are very pleased with the transaction,” Bent Callisen, head of group funding at Danske, told Sustainabonds. “The number of accounts participating and the size of the order book underlines to us that investors generally and despite the Estonian case are comfortable with our core franchise, as we have also seen in other recent transactions.

“The green element helped us achieve a broad distribution with more than 250 investors participating, and we see the spread as a very good outcome, yet also allowing for immediate performance in the secondary market.”

Danske’s spreads widened sharply last year as a result of its role in a money-laundering scandal, with the results of an investigation into its Estonian branch released in September 2018, and it continues to trade wide of its peers. Some market participants had questioned how the events might influence interest in the green bond if ESG-oriented investors were concerned about governance issues at the bank. 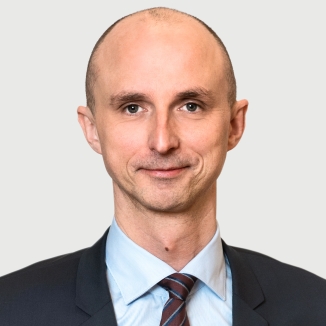 “We do trade at elevated spreads due to the Estonia case, but we have seen in recent issuances that investors overall are comfortable with our core franchise and also appreciate the disclosure we have provided on our governance and control investments.”

The success of the trade was also seen as reflecting Danske’s sustainability strategy.

“Our ambition is to drive sustainable progress and positive impact in the societies we are part of as outlined in our Societal Impact Strategy 2025,” said Callisen. “Furthermore, we see demand by investors for this particular product and we see it as an opportunity to diversify our investor base, which hopefully will warrant the cost of establishing and maintaining the programme.”

Danske Bank debuted its green framework with a non-preferred senior bond as it seeks to cover its MREL requirements, a process that explains why it is not planning to issue senior preferred benchmarks.

“The green bonds will be part of our normal funding activities, and the frequency will depend on the development in the loan-portfolio as well as the overall funding need,” said Callisen.

Lars Mac Key, head of DCM sustainable bonds, Danske Bank, highlighted as innovative the way in which the various entities of the group in different jurisdictions are incorporated into one broad framework off which different instruments can be issued. Green bond reporting will be done both on an individual and group level under the framework.

“It’s a nice way to describe an entire group’s ambitions and work,” said Mac Key. “It opens up the possibility of making it easier for green bond issuers to give an overall view of what the group is doing, rather than separately some dark green assets in a senior framework, for example, and then medium green assets in a cover pool.”

Danske’s framework has a second party opinion from Sustainalytics.

“Sustainalytics considers Danske Bank to be well-positioned to issue green bonds and believes that the Danske Bank Group green bond framework is transparent, credible and in alignment with the four core components of the Green Bond Principles 2018,” it said.

Berlin Hyp became the first bank to sell a sustainability-linked bond (SLB) yesterday (Tuesday), issuing a €500m 10 year senior preferred bond with a coupon step-up should it not hit a carbon reduction target, in a “courageous” move that met with dedicated investor interest and achieved tight pricing.

The European Commission launched a public consultation yesterday (Monday) on how ESG factors could be integrated into the fiduciary duties of asset managers and institutional investors, as Valdis Dombrovskis spoke of the importance of private capital in achieving climate targets at COP23.