Eika Boligkreditt sold its first green bond on Tuesday, with the green element and a defensive approach contributing to a successful outcome in an uncertain market, according to an official at the Norwegian issuer, whose framework tackles taxonomy alignment and reflects green progress in the Eika Alliance.

After Eika Boligkreditt’s plans for a debut green bond were announced on Monday, leads Crédit Agricole, Commerzbank, ING (also green structuring advisor), LBBW and Nordea priced the €500m (NOK785m) no-grow 10 year covered bond at 7bp over mid-swaps, following initial guidance of the 10bp area and on the back of books above €1.25bn, excluding joint lead manager interest and pre-reconciliation.

The deal came a day after a €1bn long eight year covered bond for Swedish Covered Bond Corporation (SCBC) had suggested ongoing uncertainty in primary – being only marginally oversubscribed and tightened just 1bp during execution – and the success of Eika’s deal was seen as returning some confidence to the market.

“Seeing investors coming back for the right trade at the right kind of price is good,” said a syndicate banker at one of the leads.

Eika’s re-offer level of 7bp over for its 10 year deal was the same as that achieved by SCBC the day beforehand on its shorter dated trade, when the Norwegian deal would normally be expected to come wider.

“We were perhaps somewhat more defensive in the pricing strategy regard IPTs and expected landing point for this transaction than we would have been in a stronger market,” he told The CBR.

But Mathisen said the issuer was happy with the result, given the move from IPTs to re-offer, level of oversubscription, and tightening in the aftermarket.

He said the execution vindicated the issuer’s decision to proceed with its inaugural green bond. Syndicate bankers agreed that the green nature of Eika Boligkreditt’s transaction contributed to its successful outcome, following on from green bank issuance in a variety of formats last week that was seen to have “de-risked” execution in the uncertain market environment.

Mathisen said the green element clearly helped in the distribution of the trade.

“Thirty percent of the allocated orders were classified as dark green investors,” he said, “and they also got a better allocation on their orders.”

Mathisen said it is difficult to judge the extent to which the green element affected pricing, with any greenium on covered bonds typically limited to 1bp, or 2bp at best.

The proceeds of Eika Boligkreditt’s green bonds are earmarked for mortgages against energy efficient residential properties in Norway. According to Mathisen (pictured), a key aim of its green bond issuance is to ensure efficient long term capital markets funding for the green residential assets of the Eika Alliance banks. 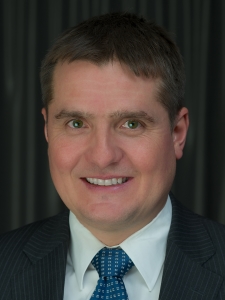 In line with the EU taxonomy, Eika Boligkreditt’s green bond framework eligibility criteria ensure that properties are within the top 15% low carbon residential buildings in Norway, with buildings undergoing refurbishments leading to a 30% or greater improvement in energy efficiency also qualifying.

With only 33% of Eika Boligkreditt’s cover pool having EPC labels, a similar methodology to those used by its compatriots in their green bond frameworks was used to determine whether properties are sufficiently energy efficient, namely by looking at their year of construction and hence the building code they are subject to.

Eika’s methodology was developed with Multiconsult, which worked on previous Norwegian frameworks, and the Norwegian consultancy also estimated the carbon footprint of the issuer’s cover pool, as it also works towards increased disclosure in terms of its Scope 3 carbon impact.

Second party opinion provider ISS ESG said this initiative was one that demonstrated the issuer’s commitment to sustainability.

“Further, Eika Boligkreditt described in its framework its sustainability strategy and associated key targets and achievements over the last few years, in relation with international sustainability commitments such as the UN SDGs and UNEP-FI Principles for Responsible Banking.”

Although ISS ESG gave Eika Boligkreditt’s framework a positive evaluation in respect of alignment with the forthcoming EU Green Bond Standard and taxonomy – with respect to the taxonomy “acquisition and ownership” activity as well as “do no significant harm” and minimum social safeguards – it diverges from the taxonomy in relation to new buildings, and the issuer has instead ensured alignment with the technical screening criteria of last year’s final report of the Technical Expert Group (TEG).

Properties built from 1 January 2021 must beat national Nearly Zero Energy Buildings (NZEB) regulations by 10% to be taxonomy-eligible, but in Norway these rules have not yet been defined. Eika Boligkreditt’s framework therefore applies the same criteria to new buildings as for existing buildings.

“Hopefully we will get some clarity on this over the summer,” said Mathisen, “and then we will also update our green bond framework for new buildings.”