Hypo Vorarlberg reflected its state’s environmental ambitions with the first Austrian green bank bond on 12 September, a EUR300m five year deal that was also the first senior unsecured issue from the country since the Heta crisis, with its green status deemed a factor in smooth execution.

The regional bank is 76% owned by the State of Vorarlberg, which scored highest among Austrian federal states in a 2015 World Wide Fund for Nature energy transition index and is seeking to further its environmental credentials.

“One of the most important reasons to issue a green bond is to support the State of Vorarlberg’s project, Energy Autonomy 2050,” Andrea Kaufmann (pictured below), head of Hypo Vorarlberg’s green bond project, told Sustainabonds. “This is to cover the region’s energy demand by renewable energy sources by the year 2050.” 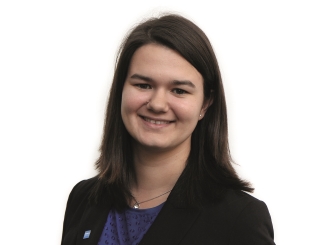 The green bond – which follows the Green Bond Principles – is most focused on an energy efficiency pillar of the state’s project. The two uses of proceeds categories are therefore energy efficiency, such as in new and refurbished buildings, and green buildings, which meet national and internationally recognised standards.

To be deemed energy efficient, buildings must meet criteria necessary to qualify for a public building subsidy or follow the building requirements of the State of Vorarlberg. These represent tighter criteria compared to the Austrian national level.

Alexander Boor, head of funding and investor relations, said one of the key challenges in the project – which was embarked upon some 18 months ago – was energy (saving) data, and he paid tribute to work done by the Energy Institute of Vorarlberg in coming up with information to prove eligibility and also impact reporting. All the relevant properties are in the regional state of Vorarlberg.

“Bank systems typically lack energy efficiency data,” said Joop Hessels, head of green bonds at ABN Amro, which was sole green bond structuring advisor. “This was not different in the situation of Hypo Vorarlberg: the EPC data would be available in the so-called energy performance certificate centre, but due to privacy reasons the bank was not able to take advantage of it. Nevertheless with the support of the Energy Institute the right mortgages could be selected, following the eligibility criteria.”

The energy savings, at an average of 13%, have been calculated as 604 tonnes of CO2 avoidance per year (or the emissions from 300 cars). According to Boor, the energy saving calculations are “very conservative”. For example, energy use is compared with other properties built in Austria in the same year, rather than broader samples containing older properties in a wider geographic range that some other deals have used.

In a second party opinion oekom gave a positive evaluation, deeming both the sustainability quality of the funded assets and the issuer good. In May 2017 oekom improved Hypo Vorarlberg’s corporate rating to Prime, from C- to C, putting it 19th out of 90 companies in its peer group.

Kaufmann said the bank has a long track record in sustainability, but more recently it has stepped up its efforts, for example in 2016 creating a dedicated position for sustainability and corporate social responsibility (CSR) and this year introducing sustainability reporting, with a full report available for the first time at the beginning of this month.

“This is a point that we really want to improve rapidly,” said Kaufmann, “and we maintain that the green bond helps us on the way towards this.”

Hypo Vorarlberg – with Baa1/A- credit ratings from Moody’s and S&P – held a roadshow in the week commencing 4 September, where the issuer’s two teams visited around 50 investors, before launching its deal on 12 September.

Leads ABN Amro, DZ, Erste and HSBC went out with initial price thoughts of the mid-swaps plus 65bp area, before revising guidance to the 60bp area, plus or minus 3bp, on the back of EUR425m of orders. With little price sensitivity in evidence, the deal was re-offered at 57bp over.

A syndicate manager said that the deal’s success stood out in a market where some financials were achieving more modest demand and pricing, with the green status of Hypo Vorarlberg’s issue key to its better outcome.

“We had a very good order book of EUR425m,” said Boor (pictured below), “very granular, with more than 80 investors. We are very happy that we could issue the first green bond senior out of Austria in this format, and we could gain quite a lot of additional investors we hadn’t had before, especially dedicated green bonds funds out of Germany, France and Scandinavia, in particular. 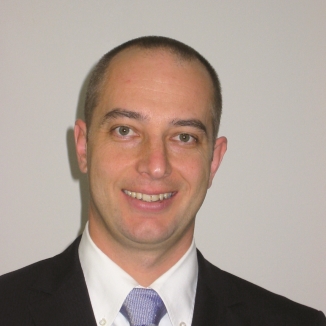 “It is also worth noting that this was the first syndicated Austrian senior euro transaction with a size of EUR300m or more since the Heta topic, so there was some execution risk and some price discovery necessary, but the guys from the joint lead manager syndicates did a really good job.”

Boor said that demand could have been even greater had it been able to issue a benchmark, EUR500m size, but its needs were limited.

“When we screened our green assets we came to the conclusion that at this moment we cannot issue much more than EUR300m,” he said. “The good thing is that we are growing our green pool quite rapidly and improving our data quality with respect to the energy efficient data of the green assets.”

Hypo Vorarlberg had floated three or five year maturities, but investors expressed a preference for the longer tenor, according to Boor, which also suited the issuer’s ALM needs, with it having taken EUR1bn of TLTRO II funding.

“And if you take into consideration all the resources we invested for this project,” he added, “we felt happier going for a longer tenor than a shorter one.”

Boor said the green bond completes the issuer’s funding need for the year. He noted that the bank had a lot of redemptions this year, particularly in the third quarter, as the period in which grandfathered debt could benefit from a state deficiency guarantee ended on 30 September.

Hypo Vorarlberg nevertheless already has a possible return to green bonds in mind.

“It was a process which took us about one and a half years,” said Boor, “and I think we did it qualitatively in a very good way, but we learned a lot, so preparing the next green bond will be quicker, I expect. We are very happy with the outcome and looking forward to issuing another green bond in maybe two or three years.

“We have heard that several Austrian issuers were very happy with our transaction,” he added, “because we reopened the market for Austrian senior paper after a long time. It was already clear that Austrian covered bonds can be executed very smoothly, and now senior bonds can be again.”

Issuers are being encouraged to pledge to establish green bond strategies under an initiative unveiled at the CBI18 conference on Tuesday to help hit a $1 trillion target by 2020, as participants noted that “a lot of heavy lifting” is needed even if big growth is forecast for this year.

The broader sustainability strategies of green and social bond issuers and the impact of their issuance across a range of metrics are increasingly being focused on. Meanwhile, new varieties of sustainable bonds could yield benefits, but complicate the picture. Sustainabonds gathered leading public sector issuers and ESG-focused investors for a roundtable, hosted by SFIL, to discuss key developments.

NN Investment Partners’ green bond offering has this year been boosted by an increase in sovereign activity, while social developments may have opened a gap in the market, according to Douglas Farquhar, client portfolio manager for green bonds, NN IP, even if its reservations about sustainability-linked bonds (SLBs) persist.