Green bonds backed by mortgages might seem a natural source of supply from banks. However, a lack of joined-up data is forcing banks to be creative in carving out pools of energy efficient loans. Neil Day explores the building blocks for a bigger market with ABN AMRO’s Joop Hessels.

In 2014, when ABN AMRO was doing the groundwork necessary before the launch of the first European green bond to incorporate residential mortgages in its use of proceeds, it came up against a challenge that many of its peers have gone on to face: how to carve out a green pool of such assets when it doesn’t know which are the most energy efficient?

“The largest part of many banks’ balance sheets are mortgages,” says Joop Hessels, head of green, social and sustainability bonds at ABN AMRO, “and a certain portion among those will be for the most energy efficient housing, whether that be new buildings or renovated buildings.

“The big issue is that almost no bank has the relevant data attached to the mortgages in their systems — this is the challenge I come across time and time again.”

Indeed, although the European Commission will propose an EU sustainable finance taxonomy aimed at clearing up precisely this type of issue as early as May, a lack of joined-up data is likely to persist for some time yet.

A key reason for this is that what might at first glance appear to be the silver bullet for tagging green mortgages turns out to be more like a blank.

Energy performance certificates (EPCs) were introduced at a European level by the Energy Performance of Buildings Directive (EPBD) in 2002, but the subsequent implementation among member states was slow and varied from country to country, constraining the share of the housing stock that is covered by EPCs. On top of this, the availability of EPCs has not in itself meant that this data has automatically found its way into lenders’ systems — and in many countries privacy laws have prevented banks from accessing information related to the mortgages in their portfolio.

Those planning green bonds have therefore had to find other ways of discovering which loans have the most energy efficient properties underlying them. And building codes have proven a useful way of doing that, as ABN AMRO worked out.

“If EPC data is not available, you have to look at what other kinds of information is publicly available,” says Hessels. “We didn’t have EPC data in our systems, but we saw that the EPBD — which was updated in 2010 — also made every government implement their own energy efficiency requirements in building legislation, and in the Netherlands that took place in 2012.

“So we said, OK, if that was the trigger for a big change in energy efficiency standards, we can use buildings that have afterwards been built according to that legislation as eligible for our green bond.”

Such were the standards in the Dutch legislation that residential buildings eligible for ABN AMRO’s green bond framework have an energy performance coefficient that is at least 25% better than that necessary to achieve an “A” energy label that is in turn already top of a scale from “A” to “G”. The bank thereby achieved Climate Bonds Initiative (CBI) certification, with the building code compliance putting the buildings in the top 15% of the market in terms of emissions performance — a benchmark that has gone on to become the standard for residential mortgages as use of proceeds for green bonds.

ABN AMRO thus included such residential mortgages — alongside commercial mortgages for energy efficient buildings and rooftop solar loans — as 72% of the pool of assets behind its green bond programme when it was inaugurated with a EUR500m five year deal in May 2015.

“That attracted a lot of interest from other issuers across Europe,” says Hessels, “because most issuers at the time were focusing on commercial real estate, where they used certifications like BREEAM and LEED.”

Building codes and building years have since become a key methodology for financial institutions seeking to delineate green pools of mortgages, whether for residential or commercial properties. Notable recent examples were a EUR750m senior unsecured issue in December for Germany’s LBBW (using publicly available energy efficiency data to evidence the top 15%) and a EUR1bn covered bond in January for Norway’s SpareBank 1 Boligkreditt (who followed the building code approach in the absence of publicly available EPC data), each of which set new records for the largest green bonds from European issuers.

Another alternative source of energy efficiency data can be government incentive programmes whereby subsidies are granted in respect of buildings, new or renovated, that meet energy efficiency targets — something Hypo Vorarlberg adapted to its needs for the first green bank bond from Austria, and which more recently Swedbank used.

Indeed, with the bulk of European housing stock built before tight building codes and energy efficiency targets were introduced, renovations must play a leading role if the continent is to meet climate-related targets.

An energy efficient mortgage initiative being led by the European Mortgage Federation-European Covered Bond Council (EMF-ECBC) has incentives for renovations at the heart of it as the Energy efficient Mortgages Action Plan (EeMAP) gears up for its pilot phase.

That project will take some time to bear fruit, but already issuers have sought ways of incorporating improvements in energy efficiency into their green bond programmes.

OVG, a Dutch real estate developer issued the first CBI-certified green real estate loan, which was based on a 30% energy efficiency improvement, thereby aligning it with the CBI real estate upgrade criteria. The loan was included in a 2016 green bond of ABN AMRO.

Rabobank subsidiary Obvion launched the first green residential mortgage backed security (RMBS) in June 2016, backed by properties built before 2002 that had an EPC label as low as “C” but had experienced a two-notch improvement in the rating since the original building year, which equals a 30% improvement.

The potential that could be unlocked should EPC data itself become publicly available was demonstrated in November when Barclays took advantage of such a move in the UK to become the first bank in the country to issue a green bond, a EUR500m transaction.

The use of proceeds of Barclays’ issue are earmarked for refinancing residential mortgages on properties in England and Wales that are in the top 15% of the lowest carbon intensive buildings in the two countries, with identification of the properties only possible following the release of EPC data by the government earlier in the year.

As suggested above, the planned EU sustainable finance taxonomy that was announced on 8 March and is set to be proposed in May looks set to grapple with similar challenges that banks seeking to issue green bonds have faced.

“Defining the relevant standard as those EPCs that represent the top 15% in each country might seem the logical thing to do,” says Hessels (pictured below). “However, it is of the utmost importance that energy efficiency data is publicly available for sustainable real estate finance to grow, otherwise it could rather decrease the opportunity for banks to issue green bonds and stem the growth of sustainable finance since — as discussed — banks do not have this information in the systems and as the data is not public they cannot enrich their databases with the EPC data.” 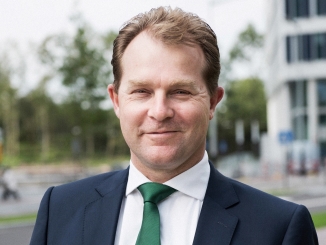 He nevertheless expects the Climate Bonds Initiative’s top 15% figure to feature in the Commission’s thinking as they already defined different routes such as the above-mentioned building code approach, with the body having been a leading participant in the groundwork for the sustainable finance action plan, and with the Commission having stated that it plans to work with existing market standards, like CBI certification on criteria, and the ICMA-managed Green Bond Principles’ transparency guidelines were specifically mentioned as proposed requirements in the recent HLEG report.

Meanwhile banks are continuing their own work to identify and promote green lending.

A detailed survey of 10 leading European banks released in December, Green Tagging: Mobilising Bank Finance for Energy Efficiency in Real Estate, supported the idea that green tagging is the emerging strategy to help scale up the financing of energy efficient housing and real estate.

As well as helping banks create debt capital markets products and contribute to the drive towards energy efficient buildings, the report found that two other factors are key to the green tagging move: market disclosure, in the shape of initiatives such as the Financial Stability Board’s Task Force on Climate-related Financial Disclosures (TCFD); and the integration of sustainability into financial regulation. The recent publications of the HLEG recommendations and the EC sustainable finance action plan have done exactly that.

The green tagging report cited five trends around the practice:

“Green tagging is in an early stage of development, but the pace of change is now striking,” said Nick Robins, co-director of the UN Environment Inquiry into the Design of a Sustainable Financial System and co-author with Peter Sweatman, Chief Executive of Climate Strategy & Partners.

“Key banks are now recognising that they need to understand the environmental performance of their real estate lending book in order to better serve their clients and deliver their sustainability goals.”

In 2017 ABN AMRO launched an initiative to work closely with its commercial and retail clients in order to improve the energy efficiency of its complete real estate portfolio to an average “A” label by 2030. Its “Mission 2030” initiative positions ABN AMRO as the first major Dutch bank to make its residential and commercial property it finances more sustainable. ABN AMRO finances over 10% of the total number of buildings in the Netherlands. With a balance sheet of EUR185bn in outstanding loans for residential and commercial property, this represents two-thirds of its loan portfolio.

An important component of ABN AMRO’s strategy are its online tools.

The tool directed at commercial clients allows them to access information on how to boost the sustainability of their buildings and provides them with personal advice. Through the tool, borrowers can see investment opportunities at individual building or more general portfolio level.

In addition, the tool connects borrowers with technical partners to implement solutions and highlights the multiple government subsidies available. ABN AMRO will finance 100% of the investment and reserved EUR1bn for this purpose.

In the case of homeowners, an Energy Saving Check free online tool provides customers an overview of the sustainability of their homes and the potential positive impact of ‘green’ improvements regarding: payback time, comfort and environmental contribution. For instance, in under a minute users can calculate savings by adding extra insulation, fitting a new central heating boiler or installing solar panels. Clients requiring personal advice can make an appointment for an expert to assess their home, who will then assign them an Energy Passport — a customised digital report detailing how they can make their homes more sustainable. In certain instances, clients could qualify for a 0.2% discount on their mortgage interest.

Norway’s SpareBank 1 Boligkreditt sold the largest ever green covered bond new issue in the Swedish market yesterday (Tuesday), a SEK7.5bn five year FRN made feasible by the QE-inspired strength of the krona market and the attraction of the green element, which contributed to a SEK9bn-plus order book.

Commerzbank attracted as much as EUR1.25bn of orders from over 100 investors to its first green bond yesterday (Tuesday), a EUR500m five year senior non-preferred benchmark with proceeds earmarked for renewable energy financing.