Sumitomo Mitsui Financial Group became the first Japanese issuer to sell a green bond in accordance with Ministry of the Environment guidelines on 4 October, and SMFG officials said the move highlights a growing focus on the asset class in Japan, while being a green TLAC/MREL euro first.

The EUR500m (¥66bn) seven year fixed rate senior deal is the first green bond in euros that is either TLAC or MREL-eligible, with the Japanese G-SIB having come with its TLAC-eligible deal before any Eurozone issuer has done the equivalent in senior non-preferred or HoldCo format for its TLAC and/or MREL requirements.

“We believe that contributing to the achievement of the SDGs and the Paris Agreement target is one of the missions of SMFG,” said Okaya (pictured below). “Simultaneously, the issuance of a green bond will bring more attention to the role of financial institutions, especially compliance with Goal 13 of the SDGs: Take urgent action to combat climate change and its impacts. 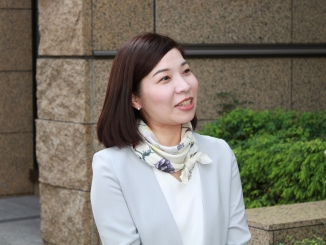 “Secondly, SMFG has a strong track record in environment-related project finance. We would like to keep leading and broadening the global renewable energy finance market and to further promote environmental-related business through various businesses. Finally, SMFG sees a strong focus from our stakeholders as well as the market on sustainability, and we hope that by continuing to issue green bonds we can deepen our dialogue with investors on this topic.”

Green bond issuance has the added benefit of broadening and diversifying SMFG’s investor base, noted Ouchiyama. The choice of euros as currency of issuance brings further such advantages, he added, also highlighting that green bond issuance in euros has been far larger compared with issuance in US dollars.

The green bond is the first to have been issued under guidelines issued by the Japanese Ministry of the Environment in March. 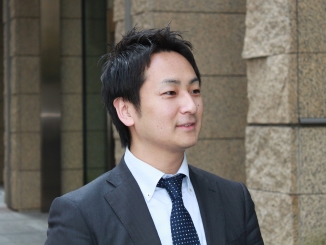 “Our green bond strategy has not changed since we issued the first green bond by SMBC in 2015,” he added. “However, looking at the recent active measure by the government, we feel that the green bond initiative is attracting growing attention in Japan.”

According to the Sustainalytics SPO, the proceeds of the new green bond will be used to finance and refinance expenditures related to renewable energy, energy efficiency, green buildings, clean transportation, and pollution prevention and control. SMBC will allocate lending to eligible green projects.

The issuer met 31 investors in nine European locations during its roadshow in the week ahead of launch to prepare the way for its debut and deepen its communication with European investors.

“There were some key issues investors focused on during the roadshow,” said Ouchiyama. “The first topic was our ESG strategy and framework and Ms Okaya from the CSR department joined the roadshow to explain our SMFG ESG strategy and we received a lot of question regarding the details of SMFG’s environmental business. The second topic was the detail of the green bond framework, especially project categories for Eligible Green Projects and Reporting – allocation reporting, impact reporting.

“It was interesting that investors’ focus varied in each region,” he added.

A seven year maturity and fixed rate format was chosen on the back of investor feedback, and on Wednesday of last week bookrunners Bank of America Merrill Lynch (also green structuring agent), Crédit Agricole CIB and SMBC Nikko went out with initial price thoughts of 55bp-60bp over mid-swaps for the EUR500m no-grow deal. They were able to move to guidance of the 45bp area with books above EUR1.4bn, and then set the spread at 41bp over on the back of more than EUR1.6bn of demand.

According to Vincent Hoarau, head of FIG syndicate at Crédit Agricole CIB, the new issue premium was zero to 1bp, based on fair value of around 40bp over mid-swaps derived from SMFG’s curve and its peers.

“Thanks to the constructive and stable market condition, we could price the green bond around fair value,” said Ouchiyama (pictured below). “SMFG is the most active euro issuer out of Japan and we have already created a credit curve from five to years. We believe discussion regarding fair value for this transaction was straightforward. 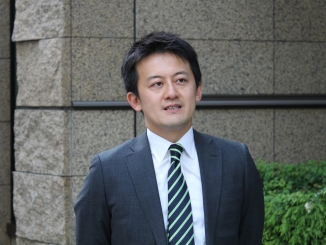 “The level of demand was in line with our expectations given the positive feedback from roadshow,” he added. “We are very satisfied that we were able to deliver the first ever TLAC/MREL-eligible green bond in the euro market.”

Hoarau at CACIB said that the movement from IPTs to final pricing and new issue premium compared favourably to other FIG deals in the market around the same time.

“Even if it is difficult to quantify, the green element added some benefit in terms of pricing,” he said. “For example, we would have had more limited price tension had it not been green.”

Around 60% of the new issue was allocated to green investors and the distribution included more than 20 investors who were participating in an SMFG offering for the first time.

“Investor distribution was in line with expectations and we are satisfied with the distribution,” said Ouchiyama. “We allocated 90% toward European investors and rest to Asian investors.

“Compared to last year, we feel fewer and fewer investors in Europe face constraints towards Japanese assets,” he added.

And having led the way among Japanese banks in the green bond market, the group hopes to build its presence therein.

“Through the project, we realised that there is strong investor interest in and demand for our green bond, so we feel there is more opportunity to issue green bonds in the euro market,” said Ouchiyama. “We would like to come back to this market once a year as a more sophisticated green bond issuer.”

This article was first published on Bank+Insurance Hybrid Capital, produced in association with Crédit Agricole CIB.

Finland’s OP Financial Group achieved a strong outcome for its debut green bond on Tuesday, a EUR500m five year senior preferred deal that attracted over EUR2.1bn of demand and paid no new issue premium, with its green nature seen boosting an offering that already had several factors working in its favour.

Berlin Hyp is set to become the first bank to launch a sustainability-linked bond next week, a 10 year senior preferred issue tied to a sustainability performance target of a 40% reduction in the carbon intensity of buildings financed by its loan portfolio.

Garanti Bank is placing a TL305m (Eu75m) covered bond with the European Bank for Reconstruction & Development (EBRD), the Turkish bank announced today (Thursday), with a commitment to use the proceeds to lend green mortgages, in a follow-up to a similar bond placed with the IFC.