After a roadshow last week, bookrunners ABN Amro, HSBC and Swedbank yesterday morning went out with initial price thoughts of the 15bp over mid-swaps area for the EUR500m no-grow deal, before revising guidance to the 9bp area after the books surpassed EUR1.35bn. The deal was ultimately re-offered at 7bp over mid-swaps, with over EUR1.3bn of orders good at the final pricing and more than 100 accounts involved.

The deal is understood to be the tightest senior unsecured euro benchmark in the five year part of the curve.

“This new issue sets a benchmark for what is possible with a green bond,” said Thijs van der Ven, director, FIG syndicate at ABN Amro. “No bank has issued a five year senior at this level before, at least since the crisis, and this was the perfect trade to show what is possible.”

The deal was priced inside Swedbank’s conventional senior curve, with its September 2022s seen at 9bp, bid, pre-announcement.

“At a level of plus 7bp, there is definitely a good discount for this being a green bond,” said van der Ven. “If this would have been a normal senior, it would have been priced at, but likely above the double-digit number.

“There was a consensus that we could go through the 10bp number, but that we needed a strong book before we could do that. In the end, that is what happened, and the result shows this is a level that markets can live with.”

He added that the green element of the deal also allowed Swedbank to gain better demand in the five year part of the curve than would have been possible with a conventional senior bond.

“It would certainly have been achievable, but I would have been a bit cautious to do a normal OpCo senior five year today, just because I think most investors would rather have a seven year or longer for the yield pick-up for a fixed deal these days,” said van der Ven. “I really think the success of this trade is down to the green angle – next to markets being very constructive, of course.”

Some 72% of the deal was placed with dedicated green accounts. Asset managers took 49%, insurance companies and pension funds 31%, banks 14%, and central banks and official institutions 10%. Germany and Austria were allocated 27%, the Benelux 24%, the Nordics 22%, France 11%, the UK and Ireland 7%, the rest of Europe 6%, and others 3%. 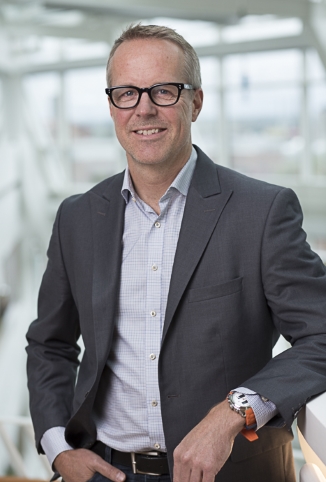 “It really shows the interest for green bonds and sustainability,” he told Sustainabonds.

Stenborn said the roadshow last week had been both helpful and encouraging.

“We haven’t done a green bond before and when you enter into new territory you are quite humble,” he said. “It was a really interesting week for all of us – we got to learn a lot about sustainability and a lot of feedback from the green bond analysts that will be very helpful for us going forward.

“We also got some messages saying that we are on the right track, especially when it comes to our framework, which was highly appreciated among a number of the analysts that we met.”

Stenborn said one aspect of Swedbank’s framework investors focused on was linkage to the UN’s Sustainable Development Goals (SDGs), something the bank highlighted when announcing its green bond plans earlier this month.

“As a major bank and influential actor in society, we have a responsibility and a key role to play in accelerating the transition towards a sustainable future,” said Fredrik Nilzén, Swedbank head of group sustainability. “We have a strong commitment to contribute to a sustainable development for our customers, our owners and society as a whole. Our ambition is to support people and companies making sustainable choices.”

Only two categories are represented in the more than EUR600m of eligible assets identified ahead of the first issue: some Eu250m under renewable energy, specifically wind power, and around Eu360m under energy efficiency, in the form of energy efficient buildings backing commercial real estate loans.

Swedbank and ABN Amro were green structurers. DNV GL assessed the green bond framework as well as confirming that it complies with the Green Bond Principles.

The Swedish bank plans to be a regular issuer in the green bond market, according to Stenborn, issuing at least annually.

The green bond has meanwhile already had positive repercussions for Swedbank beyond the fixed income markets.

“We published a press release saying we had finalized the framework a week ahead of our Q3 numbers,” said Stenborn, “and since then a lot of corporates have contacted us saying: ‘Great. We want to be a part of this. How can we get green money?’ Because they have green projects and they want to have the full chain, so to speak, including green financing.

“I didn’t know that releasing the framework would have such an impact on demand there. But that’s very promising and means we have reached the point we were aiming for.”

Draft guidelines for a planned European energy efficient mortgage have been published for a market consultation today (Monday), ahead of the launch in June of a pilot scheme, which will collect data that could substantiate a correlation between energy efficiency and lower risk.

Moody’s has raised its full-year forecast for sustainable bond issuance on the back of record volumes globally in the first half of the year, and now expects 2021 supply of labelled use-of-proceeds bonds and sustainability-linked bonds to approach $1tn.