Raiffeisen Bank International announced on Monday that it has mandated Crédit Agricole as green structuring advisor and Crédit Agricole, DZ Bank, HSBC, ING and Raiffeisen Bank International as joint bookrunners to arrange a European roadshow, after which an inaugural euro green senior unsecured benchmark with a short/intermediate maturity may follow. The roadshow will end on Wednesday.

In its green bond framework, which was published this month, RBI states that it has integrated sustainability measures into its business, based on the principles of the 19th century pioneer from which the group takes its name.

“The underlying principles are derived from the ideas of Friedrich Wilhelm Raiffeisen (pictured) for whom social solidarity, self-help and sustainability were guidelines for economic activity,” it says. “We value sustainable corporate governance and the social responsibility that goes with it. 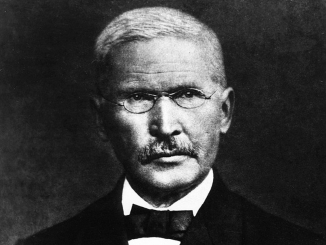 Jyske first to disclose under EEM Label in industry push

Jyske Realkredit published the first Energy Efficient Mortgage (EEM) Label harmonised disclosure template yesterday (Thursday), with the EMF-ECBC hailing the move as supportive of preferential treatment for green mortgages as the EBA and European Commission move ahead with regulation.