Caja Rural de Navarra (CRN) became one of only four issuers to have sold a sustainable covered bond, with a Eu500m seven year deal in November 2016. Unlike the three preceding sustainable trades, CRN did not have a commitment linking the covered bond to sustainable collateral, but was rather a “use of proceeds” deal typical of wider green and social bonds.

Two weeks ago the Spanish cooperative sold its first senior unsecured bond under the framework, a Eu100m five year deal via HSBC.

“We believe that if this works as we expect, it wouldn’t make much sense to go outside the sustainability framework for new issuance.”

According to the issuer’s 2016 sustainability report published earlier this month, lending under the nine financing lines within its framework totalled over Eu2.5bn to more than 35,000 borrowers at the end of last year. 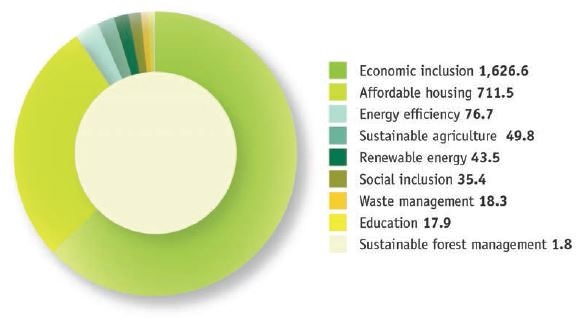 “Even though green bonds are more well known, green could even be considered as a part of social, from my point of view,” he said. “At least now they are at the same level.

“Being a retail cooperative regional bank, the social aspect is very important to us,” García de Eulate added. “And, especially for financials, upgrading the social aspect of sustainability can increase the supply that can potentially go to the market.”

The Covered Bond Label Foundation today (Friday) announced that CRN has signed up to the Label, which in March began allowing issuers to tag sustainable issuance with a green leaf icon.

“A sustainable business model must also be a proactive and transparent one,” said García de Eulate. “We believe that by including our covered bond programme within the Covered Bond Label and particularly by highlighting our sustainable covered bonds, our institution will improve investors’ awareness about our long-lasting and stable retail banking strategy as a regional and cooperative bank.”

Luca Bertalot, Covered Bond Label Foundation administrator and EMF-ECBC secretary general, said that CRN is one of the pioneers of sustainable covered bonds.

“The Label, thanks to its bottom-up approach to transparency and its continually evolving reporting data, is in a unique position to move in-step with market needs,” he added. “It is this flexibility which has allowed the Label, since early in 2017, to accommodate innovative issuers such as Caja Rural de Navarra with their sustainable covered bonds, which are clearly identifiable by the green icon next to their ISIN.”

CRN is only the second issuer to have a sustainable bond flagged on the Covered Bond Label website after compatriot Kutxabank.

The first legislation relating to an EU sustainable finance taxonomy will come as early as this spring, according to Commission vice president Valdis Dombrovskis, who said today (Friday) that a green bond label will be part of its action plan and a green supporting factor is still on the cards.

SpareBank 1 SMN has established a green bond framework and could sell the first senior unsecured green bond benchmark in euros from a Norwegian bank, while offering investors a rare opportunity to gain exposure to the “life below water” Sustainable Development Goal.