The two specialist Pfandbrief issuers within the DZ Bank cooperative banking group merged effective 27 July, after their former parents, DG Bank and WGZ Bank, merged back in 2016. DZ Hyp is now Germany’s biggest covered bond issuer, with a balance sheet of around EUR75bn, some EUR45bn of outstanding Pfandbriefe, and an annual covered bond issuance volume of EUR4bn-EUR6bn.

After holding roadshows to introduce investors to DZ Hyp, the issuer on Tuesday sold a well-received EUR1bn five year mortgage Pfandbrief priced at 5bp through mid-swaps on the back of some EUR1.2bn of demand.

DZ Bank itself, which is a much rarer issuer in the public bond markets, sold its first green bond on 25 September, a EUR250m five year senior unsecured deal, and an official at the bank told Sustainabonds that green bond issuance from other parts of the group could follow.

In the wake of DZ Hyp’s new issue this week, Patrick Ernst (pictured), head of treasury at the issuer, said that it is now looking forward to working on a green bond project. 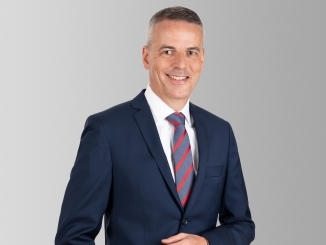 “Sustainability itself is a big issue for DZ Hyp, so we release a yearly sustainability report and constantly try to improve our rating status,” he said. “The next step is to create a DZ Hyp green bond framework to issue green bonds.

“As you can imagine, as a leading real estate bank in Germany we have a lot of energy efficient loans on our balance sheet and we will use them for issuance purposes. So we are about to set up a green bond project at the beginning of 2019.”

The European Commission will in May propose a sustainable finance taxonomy that will provide the basis for EU labels for green bonds to be introduced in 2019, it announced today (Thursday), among measures including changes to fiduciary duty and an exploration of a “green supporting factor”.

Six years after the germination of the idea, the first Green Pfandbrief is coming to fruition thanks to careful nurturing by Berlin Hyp and its partners. Here, they discuss the credentials and potential of an investment that promises to be sustainable in more than one sense of the word.