The sustainability bond framework is based on a green and sustainable product framework Standard Chartered developed with Sustainalytics and published on 2 May. The frameworks set out eligible qualifying financing themes and activities – mapped to relevant UN Sustainable Development Goals (SDGs) and their targets – that can then be referenced by specific products. This began with Standard Chartered launching the world’s first Sustainable Deposit on 16 May, which is dedicated to financing sustainable assets in developing countries.

“The framework allows us to issue green or sustainability bonds and we may look at both types,” he said. “For our inaugural issuance we were keen that the transaction really reflected the bank’s unique business footprint and our ability to have an impact not just on climate-related issues, but also on a broader set of issues like financial inclusion and supporting entrepreneurship in low income countries.

“That’s very much what led to the development of the framework and then the issuance.”

The use of proceeds of Standard Chartered’s sustainability bond are split approximately: 25% across eight climate-related infrastructure projects (renewable energy and sustainable water management), 50% to SME loans, and 25% to microfinance.

“We have seen a gradual increase in green and green-related bond issuance,” he said, “but we haven’t seen many sustainability bonds. At the same time, investors we met had seen our framework, our sustainability credentials and our recently updated position statements, and were keen to fund the broader set of assets that we could offer.

“That was very supportive feedback and we’d like to think we are now leading in the field of sustainability bond issuances.”

Rahul Sheth, who runs the bank’s green and sustainability bond franchise, added: “One of the things investors found really attractive was the ability to invest in a UK regulated institution, but get diversification of impact in a number of markets where a lot of this kind of finance is being generated – notably the financial inclusion assets in least, low and lower middle income development assistance committee (DAC) countries as referenced by the Organisation for Economic Co-operation & Development (OECD).”

“And if you are really passionate about hitting a sub 2-degree warming world, then we need to solve the CO2 pathways in places like India, Indonesia and Africa, and actually there isn’t enough financing going into those markets,” he added.

“That’s something that our unique franchise can help address.”

“Going above and beyond best practice, we published this pre-issuance verification letter at the outset to be as transparent as possible,” said Daniel Hanna, global head of sustainable finance at Standard Chartered. “It lets investors see right through to the types of assets that are being financed, alongside a geographical breakdown of the three use of proceeds buckets.”

Standard Chartered presented its draft sustainability bond framework in a non-deal roadshow in May, taking in Amsterdam, London and Paris, and maintained a dialogue with investors while finalising its framework. It then announced the mandate for its inaugural trade on Monday, 24 June, ahead of launch the following day, allowing all investors time to review the completed framework.

On the Tuesday morning, joint lead managers ABN AMRO, Crédit Agricole CIB, Deutsche Bank, ING and Standard Chartered Bank (also sustainability structuring advisor) opened books on the EUR500m (£447m) no-grow eight non-call seven year senior HoldCo issue, rated A2/BBB+/A, with initial price thoughts of the 130bp area over seven year mid-swaps. The leads reported books above EUR1bn after an hour and 40 minutes, and a short while later revised guidance to the 110bp area on the back of more than EUR2.3bn of demand. The transaction was ultimately priced at mid-swaps plus 100bp on the back of over EUR3.4bn of orders.

“The market on Monday had been very strong,” said Staff (pictured), “and when we opened books on the Tuesday the momentum was visible from almost the first minute. We had substantial interest from accounts we had spoken to on the roadshow and others, and the book built quickly, allowing for substantial price revisions with a minimum of fuss. 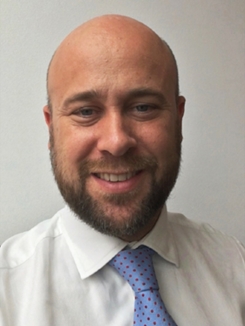 “Sometimes you agonise over moving 5bp, but the level of oversubscription allowed us to move pricing 20bp at the first iteration and another 10bp after that. And one of the most powerful parts of the entire project was how much the book grew after each pricing revision.”

“The fact that this was Standard Chartered’s first sustainability issuance, and one of the first sustainability issuances for a long time targeting emerging markets, gave us a level of support from ESG-only funds that we might not have gotten on a vanilla issuance,” said Staff. “Looking at the level of oversubscription we had, some of that was heavily anchored into dark green accounts, and even for the mainstream names that were involved, their green funds were boosting their demand or taking their allocation in its entirety.”

As well as the sustainability element, Staff said three other factors contributed to its success: it being the first euro HoldCo issue from a UK bank for nine months, the first euro trade from the issuer in 18 months, and the dovish messages from the ECB after its governing council meeting the previous Thursday.

The re-offer spread of 100bp over mid-swaps compared with fair value in the context of 105bp, according to the leads, and a week after launch the new issue was trading some 10bp tighter.

“Nobody plans six months in advance to do three trades on the same day, but three or four things came together very neatly, with the tailwind from central banks giving us enough confidence to launch one, two, and then three into the market,” said Staff. “You would not want to have competing trades in the market on the same day, but the investor bases were discrete and the products themselves so niche, that there was very limited crossover.

“We are thrilled with how they all went, and they have put us firmly on track for the rest of the year. Our treasury department, alongside the rest of the bank, is thrilled to have cemented our position as an issuer who puts sustainability at the forefront of their thinking.”

Standard Chartered’s funding plan for the year is USD5bn-USD7bn, and the bank has so far raised USD4.1bn.

The development of the Social Bond Principles and a focus on the Sustainable Development Goals are among catalysts helping the social bond market grow in the slipstream of green bonds. Pioneering and future issuers and others shared their experiences and expectations with Sustainabonds for this timely roundtable.

LBBW sold the largest green bond from a European bank on Tuesday, a Eu750m four year senior unsecured debut at the tightest spread of any German senior benchmark, inaugurating a framework from which it can also issue covered bonds and that incorporates a new asset eligibility methodology.