The ground-breaking deal from the subsidiary of Germany’s NordLB is issued under Luxembourg lettres de gage énergies renouvelables legislation that is the first covered bond framework in the world dedicated to financing green assets. Furthermore, no covered bond of any kind has ever been backed by renewable energy loans.

On Monday of last week (20 January), leads ABN AMRO, Commerzbank, Crédit Agricole and NordLB priced the €300m no-grow five year deal at 23bp over mid-swaps on the back of more than €1.15bn of demand, after having gone out with initial guidance of the 28bp area.

“Bookbuilding went relatively quickly,” said Julien Marchand, head of financial institutions and sovereign, supranational and agency origination at NordLB, “and we had more than 80 investors involved with almost no price sensitivity, which is overall a very positive outcome for a sub-benchmark issue (smaller than €500m).”

According to Keith, the deal attracted dedicated green mandates as well as non-green, traditional covered bond investors who took a larger share of the renewable energy covered bond. As well as offering a pick-up of some 20bp against parent NordLB’s public sector Pfandbriefe, for example, the five year deal offered a positive yield of 0.077% in a covered bond market where the only euro benchmarks of five years or shorter this year have been negative yielding. 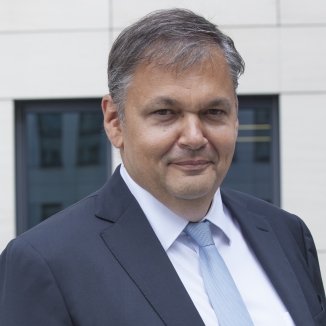 “Conventional covered bond investors were quite intensively involved probably because of the decent spread,” said Keith (pictured). “And the yield was definitely an advantage as some investors on the roadshow even said that they needed a positive yield to participate.”

A syndicate banker away from the leads said the transaction was successful and also noted that it came at a pick-up to other five year trades.

“Given we are still living in super-liquid markets,” he said, “investors would have bought it at least for the reason it was a little bit wider than some other stuff, and that it’s most likely going to tighten in the future.”

Keith said investors were also encouraged by the “positive rating situation”. The provisional rating of the renewable energy covered bonds was upgraded from Aa3 to Aa2 on 13 January, after the European Commission had green-lighted a capital strengthening of the NordLB group by its public sector owners on 5 December. NordLB CBB had announced the mandate and roadshow for the inaugural issue in October, but then delayed its original launch plans given the timing of the Commission announcement.

“We decided to wait for this hurdle to be cleared and we also felt this was the right course of action,” said Keith. “Then December is not the best month for issuing bonds and so we used the first opportunity in January once the typical issuers had come in the first couple of weeks and the market was less crowded.”

While investors were attracted by the spread and yield on offer, NordLB CBB was able to position its new instrument very close to its outstanding legislative public sector covered bonds, noted Keith, who put the differential at around 3bp.

“We are very happy with the pricing,” he said. “We tightened by 5bp and at the final spread of 23bp we reckon we are 3bp above the lettres de gage publiques. That’s a great success and possible because of the high quality and the innovative green character of the product.

“The outcome is definitely an eye-catcher for the whole market,” he added. “We hope to do more in future to finance the renewable energy lending NordLB has on its books, but following the success of the first green covered bond based on a legal framework, we really believe that there could be other issuers taking advantage of the Luxembourg legislation.”

“It’s the first time we’ve seen a green covered bond that has not mortgages in the cover pool, but renewable energy projects, which is a huge and positive change,” he said. “Hopefully we will see more countries including these asset types in their covered bond legislation.”

Read more on the background to the transaction here.

Recent inaugural green senior non-preferred issues could represent the first green steps down the capital stack by financial institutions. Crédit Agricole CIB and our sister publication Bank+Insurance Hybrid Capital gathered together specialists in bank capital and green bonds to explore how green subordinated debt could work and help put the financial system on a path to sustainability.