Münchener Hypothekenbank (MünchenerHyp) has been able to issue green bonds in senior format – preferred and non-preferred – after having updated its framework in October 2020, before which it had focused on ESG Pfandbrief issuance.

The bank has previously met its senior non-preferred funding needs through sub-benchmark issuance primarily targeted at the German cooperative and savings bank sectors, but decided to launch a debut senior non-preferred benchmark to meet two objectives at the same time, according to Martin Schmid, head of strategic funding and ALM at MünchenerHyp.

“Our business is growing and the LTVs of the mortgages on the asset side are growing, which implies we need to raise more senior unsecured funding,” he said. “The question is then how to provide this.

“The club deals we have issued in the past are something of a closed shop, so we decided to go into the market with a benchmark that could reach a wider potential audience and extend our investor base.”

Although MünchenerHyp had no pressing need for senior non-preferred funding, Schmid (pictured) said the back-up in yields over the past month made market conditions attractive for an inaugural benchmark. 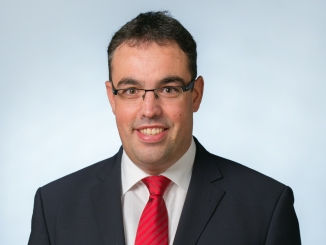 “Being able to achieve a positive yield for investors is very important for a trade like this,” he said. “And in recent weeks we have seen a lot of deals coming with a strong tightening of spreads, and so we opted to go out now and use this positive market environment, rather than waiting two or three months.”

“The positive result of the ongoing rates volatility is that we are naturally at a much higher yield complex than where we were at the start of the year,” he added. “This is obviously helpful as we are not bringing yet another tight senior non-preferred with a 0.01% or 0.125% coupon – it’s a much healthier yield context for senior non-preferred.

“And the credit market has remained extremely resilient in spite of the rates volatility – we’ve had everything from covered bonds to a triple-C rated Greek Tier 2 go fairly well this week. Investors are a little more sensitive on price, but that doesn’t mean the primary market is not actionable.”

The mandate for MünchenerHyp’s €500m no-grow eight year transaction was announced on Tuesday, allowing time for some premarketing ahead of launch on Wednesday. As well as one-on-one investors calls, Claudia Bärdges-Koch, head of debt investor relations and client acquisition at MünchenerHyp, participated in a BayernLB ESG forum.

On Wednesday morning, BayernLB, Credit Agricole CIB, DZ Bank, NatWest Markets, UniCredit opened books with initial price thoughts of the mid-swaps plus 75bp area. An initial update after close to two hours put books above €650m, and after three hours guidance was revised to 60bp plus or minus 3bp, will price in range, on the back of over €900m of demand. Around half an hour later, the spread was set at 57bp on the back of over €800m of orders, with €650m of demand ultimately good at re-offer.

“We achieved our goals and are very happy with the trade,” said Schmid. “We had a strong book and tight pricing, with a new issue premium of around 2bp, which is really good for an inaugural deal.

“And we have a lot of new investors, including green investors, which is very important to us.”

According to Bonnal at CACIB, fair value in the context of the mid-50s took into account the level at which BayernLB’s recent issue was printed and traded – 53bp and 47bp – and the social bond curve of LBBW, while the IPTs of the 75bp area also took into account the level of MünchenerHyp’s sub-benchmark issuance, which he noted is illiquid and was marked at around 65bp, as well as Berlin Hyp senior non-preferred paper trading on the wide side of its compatriots.

“As soon as we were above €900m we were able to tighten to the 60bp area and eventually print at 57bp,” he said. “We had the ability to tighten substantially from 75bp despite not having a multiple times oversubscribed book, because the book was very strong.”

“The transaction was the first step in our journey,” said Schmid. “Expanding your investor base is a very important goal and to achieve this you need to issue a liquid benchmark bond each year in this segment, so we will continue on this journey.”

A further unsecured benchmark in 2021 is very unlikely, according to Schmid, but MünchenerHyp expects to issue a benchmark Pfandbrief later this year.

It will also continue with private placements and issuance in Swiss francs, which together provided around €500m-equivalent of funding last year, including green bonds. MünchenerHyp launched its latest Swiss franc issue on Monday, a CHF115m (€105m) six year green senior non-preferred deal.

At year-end 2020, MünchenerHyp’s green portfolio totalled some €2.463bn, 56% of its retail loans and 44% commercial, with 68% in its cover pool. According to Bärdges-Koch (pictured), the green retail mortgages it offers now accounts for every fifth new retail loan it grants. 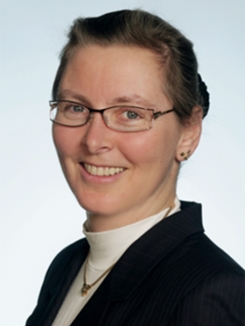 “It’s developing very nicely,” she said. “And our colleagues on the sales side see further demand in several regions. What they really appreciate is that the green loan is a unique selling point for our bank, because no-one else is offering it.”

The focus on retail lending – which accounts for over 80% of MünchenerHyp’s business – means that growth can be more steady than if it were more concentrated in commercial real estate, but the granularity is appreciated by investors, said Bärdges-Koch. MünchenerHyp is also analysing the extent to which its Swiss loan book may contain green assets, which could provide a one-off boost to its green portfolio.

Last year’s update to MünchenerHyp’s green bond framework also involved tightening the primary energy consumption requirement for the bank’s green loans from 70 kWh/sqm to 55 kWh/sqm – close to the 50 kWh/sqm required for an EPC A label in Germany.

According to Bärdges-Koch, a controversial EPC A-only criterion for existing green buildings included in a European Commission EU Taxonomy draft would hit MünchenerHyp much less than many other green bond issuers, with only a small portion of its retail portfolio ineligible under the proposed rules. However, in commercial real estate the bank faces the same issues as its peers, notably in respect of “do no significant harm”.

“It’s a bit strange,” she said. “The EU said they need so much money to be invested in greening our economy, but on the other hand they have put the burden so high.

“As a pioneer with the first sustainable Pfandbrief and a member of several national and international working groups, we are naturally following any development regarding the Taxonomy and have taken every opportunity to give feedback.”

MünchenerHyp’s first ever sustainable covered bond, a standalone €300m ESG Pfandbrief in 2014, had a social focus, with cooperative housing loans as its use of proceeds. The bank launched a “Family Loan” in 2018 and Bärdges-Kochs said it is now working on developing this with a view to establishing a social bond framework in the coming years.

LBBW is set to issue its first green Pfandbrief in the coming days in a move partly aimed at attracting sustainable investors into covered bonds with a tapering and end to the ECB’s asset purchases on the horizon following announcements yesterday (Thursday) afternoon from the central bank.

DZ Bank sold its first green bond on 25 September, a EUR250m five year deal with proceeds earmarked for German onshore windfarms that marked a rare appearance in the public markets for the German issuer in senior format, and which is the first green bond from a bank to have an S&P Green Evaluation.