Caja Rural de Navarra achieved the highest oversubscription ratio of any euro benchmark covered bond this year with a EUR500m seven year sustainable cédulas on Wednesday, boosted by positive sentiment towards Spain, while the issuer highlighted EeMAP and SDG-inspired enhancements to its programme.

Caja Rural de Navarra (CRN) entered the sustainable bond market in November 2016 with a EUR500m seven year covered bond, and has since issued a EUR100m senior unsecured bond off its programme. Following its debut, its sustainable issuance now constitutes all its ongoing bond market funding, although it has two conventional cédulas outstanding that were issued beforehand.

Click here to jump down the page to the sustainable aspects of the issuance.

This week’s new issue was only the third cédulas (Spanish covered bond) of the year and the first since January, with overall peripheral covered bond supply having been limited. A recent softening of the euro market has seen issuers from core Eurozone countries pay increasingly large new issue premiums, with some deals having struggled to be fully subscribed.

However, Miguel García de Eulate, head of treasury and capital markets at CRN (pictured below), said the issuer decided to press ahead, expecting that the market would be more receptive to a Spanish name.

“With the reduction in QE, the importance of the central bank could have changed after the summer break, and then you never know what market conditions will be like,” he told Sustainabonds. “We took the decision to go out before the summer break, and we were proven right in the sense the market was not that bad, at least for peripheral issuers.

“In fact, we believed that the market would be very different for a Spanish name compared to a core name, because of course the pick-up would be different and because of the huge change that means cédulas now trade above the Spanish sovereign – which has not been the case for years.” 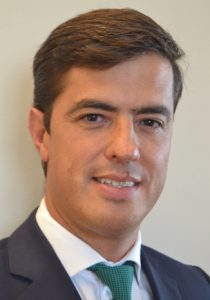 The Spanish sovereign has tightened significantly in recent months, on the back of upgrades and improved sentiment towards the jurisdiction. S&P lifted the sovereign to A- last month, while Moody’s upgraded Spanish covered bonds last week on the back of raising Spain to Baa1, including CRN’s from Aa2 to Aa1.

Following a mandate announcement on Tuesday, leads Banco Cooperativo Español, Commerzbank, DZ, HSBC and ING launched the EUR500m no-grow cédulas hipotecarias transaction with guidance of the 30bp over mid-swaps area on Wednesday morning. After just over an hour, the leads announced that books had surpassed EUR1bn. Guidance was then revised to the 26bp area with books above EUR1.6bn, before the spread was fixed at 24bp, with books closing at EUR1.8bn, pre-reconciliation.

Syndicate bankers noted the issuer had come impressively tight to its secondary curve, with some bankers away from the leads putting pricing roughly flat to fair value based on CRN March 2022s at 10bp, mid, and November 2023s at 17bp before the new issue was announced.

“It was a great outcome,” said García de Eulate. “We were surprised by the demand, not just in the size of the book – which was more than three times oversubscribed – but also by the granularity, with more than 100 accounts involved.

“We were positive on the market, but we did not expect it to be as good as it was.”

García de Eulate highlighted that 28% of the deal was allocated to accounts from southern Europe, mostly Spanish accounts, and that central banks took 21%, of which the order for the ECB’s third covered bond purchase programme (CBPP3) “was just a fraction” – with the ECB having recently reduced its orders and the allocation to the central bank having been cut due to the deal’s substantial oversubscription. He suggested the allocation to the ECB was among the smallest for any CBPP3-eligible deal this year.

García de Eulate said this represented a significant increase in the level of real money domestic demand, noting that for some cédulas in recent years the domestic allocation excluding the central bank was almost zero.

“From a domestic perspective, relative value versus the sovereign is a key consideration,” he said. “I think that is the main reason for this.”

Analysts noted that the bid-to-cover ratio was the highest of any euro benchmark covered bond this year, at 3.6, and said the strong demand for cédulas bodes well for further supply from Spain.

Such demand allowed CRN to print the deal flat to fair value based on its extrapolated curve, although García de Eulate said Spanish secondary spreads were “frozen”, with few transactions taking place at such levels, given the lack of cédulas supply and the influence of CBPP3.

“We had to take an approach which perhaps proved too cautious, starting at 30bp because that was the level indicated by our secondary curve – even if we didn’t agree with those quotes,” he said. “In the end we tightened 6bp during the execution and probably could have tightened more, but we did not want to be too aggressive, as we have a commitment to the covered bond market and want to treat investors fairly.”

Although the Spain factor was key to the deal’s success, bankers said the deal’s sustainable flavour contributed to its reception, noting that recent green issuances in the senior unsecured market attracted greater demand than conventional comparables, supported by the extra demand from specialist accounts.

“The ESG factor helps to engage further investors and we have seen that these trades can work much better than others in challenging market conditions,” said a syndicate banker away from the leads.

Around two-thirds of the deal was allocated to dedicated SRI accounts. García de Eulate said that having access to this additional investor base is important for an issuer like CRN.

“Yesterday, due to the fact that demand was so strong, we could probably have printed a reasonable, non-sustainable deal without these SRI investors,” he said. “But this type of investor is a key priority for us and their long term commitment can be very important when market conditions are different, especially in the context of a post-QE market.

“In our first sustainable covered bond in November 2016, which was not so oversubscribed, it was an important factor in the success of the transaction. Our focus will be to keep these investors on board going forward.”

A key change to CRN’s sustainable bond framework in December was the addition of lending against energy efficient buildings to an existing energy efficiency category in its use of proceeds, according to García de Eulate.

“Previously we had no information in our IT systems related to Energy Performance Certificates (EPCs) and the like,” he said. “However, due to our involvement in the EeMAP (Energy Efficient Mortgages Action Plan) initiative, we have been internally tagging the mortgages.

“We are working intensively on that and our aim is, as much as possible, to get real EPCs for each and every mortgage.”

With EPC data either not publicly available in many countries or not included in banks’ systems, most issuers have used other building certification data or building regulations as a proxy for energy efficiency, whether issuing green or sustainable covered bonds or senior debt. When SpareBank 1, for example, issued the first green benchmark covered bond with residential mortgages in January, the year of construction of the property was used as a “short-cut” given a lack of available EPC data.

García de Eulate said CRN’s process of sourcing EPC data involves three workstreams: mortgages of individual properties where CRN financed the real estate development, as it may therefore already have the relevant data; existing mortgages; and new origination. EU EPC legislation was implemented in Spain in 2013 and some EUR150m of lending for which CRN has EPCs have already been identified in the first workstream.

CRN’s eligibility criteria, checked by second party opinion provider Sustainalytics, mean that the underlying buildings are comfortably within the top 15% most energy efficient – which García de Eulate noted has become a market standard for energy efficiency, and which is used by the Climate Bonds Initiative in its certification – or lending is financing an upgrade of the building that improves energy efficiency by 30%.

Some EUR3bn of CRN’s lending is eligible under its sustainable bond framework, and more than half of this is mortgages – not just energy efficient mortgages, but also other lending such as social housing and mortgages for SMEs under its social inclusion use of proceeds category.

CRN’s debut was only the fourth covered bond to have been launched in the green and social bond market, and the first in which the use of proceeds was not explicitly tied to the cover pool, something that was at the time queried by some market participants.

The new transaction meets Sustainability Bond Guidelines introduced by ICMA in mid-2017, according to Sustainalytics, with the guidelines covering deals that meet a combination of the Green Bond Principles and the Social Bond Principles.

Sustainalytics has also mapped the nine project categories against the UN Sustainable Development Goals (SDGs), finding that they are all aligned with SDG 12, responsible consumption and production, 7, affordable and clean energy, or 11, sustainable cities and communities.

“This recognised taxonomy is very important for investors and more and more are asking us to do this,” said García de Eulate. “They want to have all the social, sustainable and green bonds they invest in mapped to the SDGs so they can explain this to their final investors.”

He added that CRN intends to continue improving its transparency regarding impact reporting and SDG mapping.

Moody’s has warned that the development of energy efficient mortgages, and increasing momentum in the clean energy transition that this reflects, will hit the value of buildings that do not meet new minimum requirements, as well as securitisations and cover pools exposed to such collateral.

SBAB served the Swedish environmental cause and its local investor base with a SEK1.75bn (EUR183m) five year green bond on Wednesday, according to the bank’s head of funding, while the senior unsecured deal was seen coming some 6bp through its curve.