Sustainability-linked bonds will open the door for “a whole new group” of issuers to join the sustainable fixed income market, according to coordinators of the respective working group, who on Monday outlined the rationale for “versatile” Sustainability-Linked Bond Principles.

Their creation comes after Italian energy group ENEL sold a $1.5bn (€1.3bn) five year bond and a €2.5bn multi-tranche bond in September and October 2019, respectively, with the coupon stepping up if the company fails to meet certain SDG-linked targets. In a departure from the fundamental “use of proceeds” characteristic of green bonds – but in common with previous sustainability-linked loans – the proceeds were for general corporate purposes, and not earmarked for financing earmarked ESG-related assets.

Under the SLBP, sustainability-linked bonds (SLBs) are envisaged as forward-looking performance-based bond instruments where the issuer is committing to improvements in sustainability outcomes related to key performance indicators (KPIs) within a predefined timeline, with the financial and/or structural characteristics dependent upon whether the issuer achieves the sustainability performance targets (SPTs). 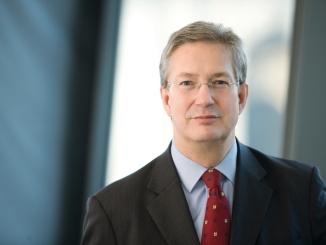 Five core components are set out in the SLBP: the selection of KPIs; the calibration of SPTs; bond characteristics; reporting; and verification.

According to Tanguy Claquin, vice chair of the GBP & SBP and global head of sustainable banking at Crédit Agricole, and one of the coordinators of the SLBP working group, several hundred parties contributed to the process of preparing the new principles – in stark contrast to the few banks that were involved in drawing up the original Green Bond Principles.

“This instrument has attracted a very strong interest from many market participants, because of its capacity to be used by a wide array of issuers and widen the spectrum of sustainable finance beyond what is already being done in the green and social bond market,” he said in a video conference on Monday.

Christopher Flensborg, head of climate and sustainable finance at SEB and a working group coordinator, said the market has huge potential.

“One area where we think it’s going to have high importance,” he said, “is among companies that are not really where they want to be but are putting their foot down and saying that they’re going into a strong transition, and where investors might be uncertain about the direction and need some kind of firm commitment. They can basically come out and say, we will reward you if you actually achieve these goals, because the risk parameters will improve if you have a better overall ESG strategy, and we are therefore willing to receive a lower yield than we would otherwise accept.

“This opens the door to a whole new group of companies to join the sustainable fixed income market.”

Marilyn Ceci, head of green bonds at JP Morgan and a working group coordinator, said the new instruments are envisaged as a complement to, rather than replacement for green and social bonds.

“We know that the green bond market is heavily weighted towards property or REITs, utilities and rail, for example, where they have tonnes of capex, making use of proceeds instruments very relevant for those industries,” she said. “What we are lacking are those issuers that are capex-light.

“So corporates will be likely to look at the sustainability-linked bond market as a useful addition to their toolbox.”

ENEL has issued green bonds as well as its SDG-linked bonds, Ceci noted.

Claquin highlighted two key aspects of the principles: that the KPIs should be “material” to an issuer’s overall business, and that the sustainability performance targets (SPTs) should be “ambitious” – saying there had been a lot of discussion around the latter term. According to the principles, SPTs should represent an improvement beyond “busines as usual”, be consistent with the issuer’s overall strategic sustainability strategy, and where possible be benchmarkable, with reference ideally made to the issuer’s past three years’ performance, its relative positioning versus its peers, and also science-based scenarios and targets.

Orith Azoulay, global head of green and sustainable finance at Natixis and also a working group coordinator, highlighted that a key additional aspect of the SLBP beyond the Green Bond Principles is to consider verification as a core necessary component of the instrument. Beside the need for verification, she noted the SLBP have formulated recommendations with regards to ex ante second party opinions, which would be expected to both opine on the choice of KPIs and the ambition of the SPTs, as well as attest to ex ante compliance with the SLBP.

Whether or not SPTs are achieved will have an impact on the financial and/or structural characteristics of a sustainability-linked bond. In ENEL’s precedent, this is the coupon, which steps up midway through the life of the bond if the relevant targets are not met, but Ceci said that the tenor of the bond, for example, could in theory change, with a bond being callable or puttable.

“There are other structural characteristics you could think of,” she said, “but we intentionally did not describe that within the principles because we want to allow for innovation going forward.”

ICMA said that in select cases, issuers may choose to combine an GBP or SBP approach with the SLBP. It also noted that the SLBP are not to be confused with sustainability bonds issued under the Sustainability Bond Guidelines, which are use of proceeds bonds that combine green and social elements.

The Association of German Pfandbrief Banks (vdp) has set minimum standards for issuance to be eligible for the Green Pfandbrief/Grüner Pfandbrief trademark, aligning it with initiatives such as the Green Bond Principles and the draft EU sustainable finance taxonomy and Green Bond Standard.